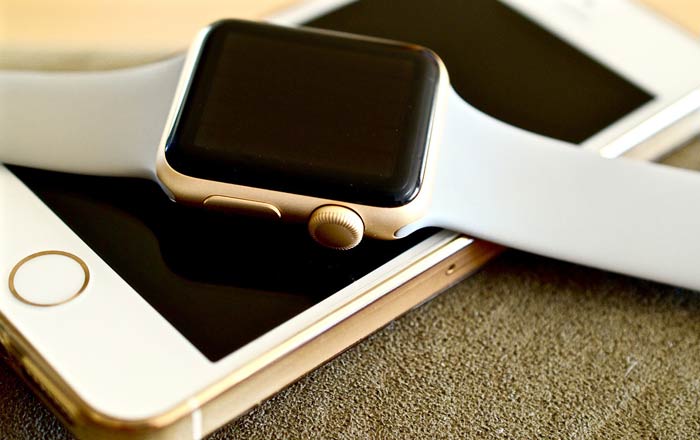 It looks like Apple’s trio of iPhones will be launched alongside a brand new Apple Watch when September rolls around. A source with knowledge of the matter informed CNBC of the company’s plans, claiming that the next-gen smartwatch will be a standalone device.

A recent Bloomberg report neatly falls in line these assertions, adding that Apple was incorporating Intel LTE modems to grant the Apple Watch Series 3 a sense of independence. The wearable has always been reliant on the iPhone for calls, messages and data, but that probably won’t be the case with the new lineup.

Cellular connectivity will probably be made possible via an embedded SIM instead of the standard physical SIM cards that phones typically utilize. Counterpoint Research’s director of devices and ecosystems Neil Shah thinks the device’s newly acquired abilities will allow Apple to drive up the average selling price.

The Apple Watch is already pretty expensive, so this might not go down well with most. Still, the standalone nature of the new product might be enough to appeal to fitness freaks who don’t want to lug their iPhone around constantly. Even enterprise users might hop on the bandwagon.

Noted Apple analyst Ming-Chi Kuo recently predicted that the next Apple Watch would be sold in cellular and non-cellular variants in 38mm and 42mm case sizes. However, Bloomberg believes that the smartwatch won’t be up for grabs until beyond 2017. There’s no specific reason given for this unfortunate delay.