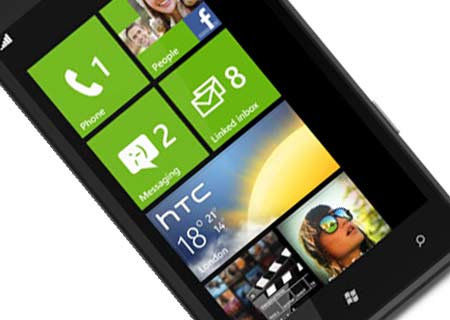 The latest to arrive at the rumor mill are two new handsets, namely the HTC Radiant and the Samsung Mandel, which are anticipated to launch with 4G LTE capabilities on board. These two devices are likely to hit shelves in early 2012 whilst being powered by an updated version of the Windows Phone 7 Mango platform that seems to be 4G friendly.

The 4G LTE enabled smartphone from HTC is apparently codenamed Radiant and isn’t new to the scene. Previously, this handset was touted to come powered by Microsoft’s upcoming Windows Phone 7 Tango update. Based on their sources, the guys over at The Verge state that both devices are expected to run on a post-Mango version of the WP7 platform which seems to sport support for fourth generation mobile networks.

The report also points out that the 4G-enabled offering from Samsung is codenamed Mandel. Additionally, it states that this smartphone powered by Windows Phone 7, is expected to come with refined specifications as compared to the 4.3-inch Samsung Focus S which runs on a 1.4GHz processor and 512MB of RAM. Besides these aforesaid devices, vague speculations about Nokia bringing 4G LTE capabilities to its WP7 handsets have also been making the rounds.

The HTC Radiant and Samsung Mandel smartphones are expected to make official appearances early next year, hopefully in time for the CES 2012. Currently being referred to by their codenames, these handsets are likely to get properly branded sooner or later. As for specifications and pricing, no proper details have been made available at the moment.