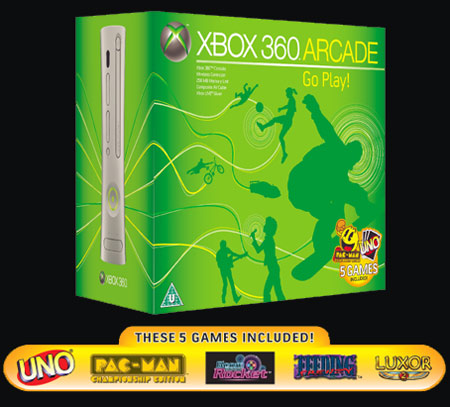 Microsoft is surely going all out to make this festive season a special one. First the company announces special gaming combo packs and the Xbox 360-Panasonic Super Stylish offer to Indian gamers. Now, Microsoft has announced the global release of a new, low-priced Xbox 360 Arcade console that is available at a great price of $279.99.

The games that are included with the Xbox 360 Arcade console are some of the top best-selling games that include:

According to Jeff Bell, corporate vice president of global marketing, Interactive Entertainment Business at Microsoft, “As families gather together this holiday, it’s the perfect time to launch a new low-priced, high-value Xbox 360 that plays games, TV shows and music for everyone to enjoy.”

Bell also added that the Xbox 360 Arcade console features industry-leading Family Settings that allow parents to control what their kids are watching and playing.

Karen Dodge, senior vice president and chief merchandising officer at Toys “R” Us says, “We are excited to offer this new gaming experience to our customers — children and families- who can now enjoy the fun of Xbox 360 together. Many of this holiday season’s hottest items provide Internet connectivity, and with the online entertainment options available through Xbox LIVE, Xbox 360 Arcade offers families a great mix of online content and traditional gaming in one console.”