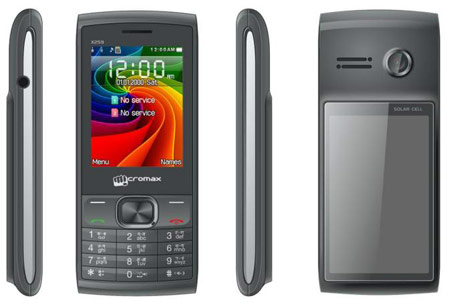 The Micromax X259 solar phone, a device that can recharge using the Sun’s energy, has been launched in India by the Gurgaon-based telecommunications company. What looks like a large touch pad, or more outlandishly, a secondary screen on the back of the gadget, is actually a solar panel. The phone caters to rural parts of the country where power cuts are frequent.

The phone comes with a 2.4-inch QVGA screen offering a resolution of 240 x 320p. It also has a 0.3MP VGA camera for imaging purposes, while memory can be expanded up to 4GB, in case more storage space is needed. The company claims it can give about four and a half hours of talk time on a full charge and that charging it for 3 hours in the sun translates into an hour and a half’s worth of talk time. 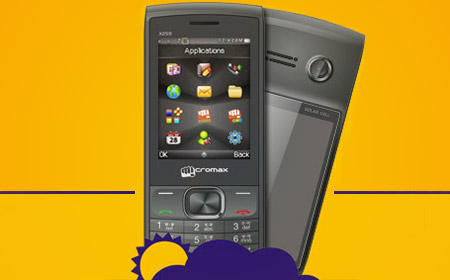 Commenting on the device’s launch, Rahul Sharma, Co – Founder, Micromax explained, “We have been at the forefront of innovation. We have introduced many categories into this competitive Industry be it long battery life phones or dual SIM phones. With the introduction of this our intent is to get rid of the mobile phone charger by including a solar panel on the device itself.”

The standby dual SIM phone also offers Bluetooth and GPRS connectivity, in addition to an audio player and a video player, as well as FM recording capabilities. Powered by a 1000mAh Li-ion battery, it has a standby time of over 200 hours.

The Micromax X259 solar phone price is tagged at Rs. 2,499 and it is now available in India at all major retail outlets.