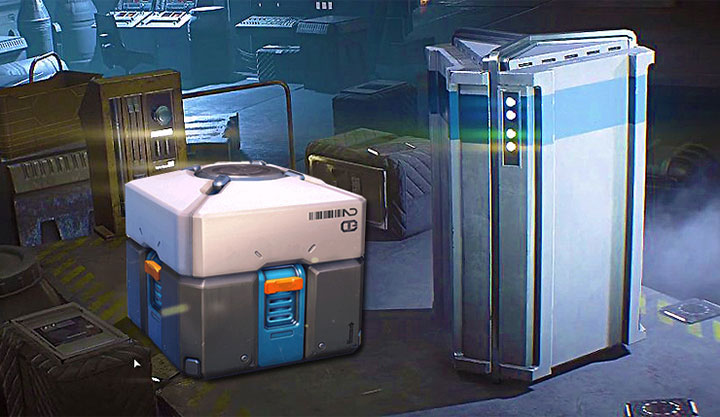 In recent years, the gambling and gaming industry collided many times. However, the latest thing that connects these two industries is the pressure placed on game developers about the loop boxes used in video games and claims these constitute unlawful gambling.

The regulations for online gambling sites are clear. The same goes for crash gambling. Do loot boxes require gambling-like regulation?

What are loot boxes?

Loot boxes are special features many video games include. These virtual boxes allow players to obtain unique virtual outfits, virtual weapons, skins, and other in-game goodies. The items are primarily cosmetic, but sometimes the rewards can power up the player’s gaming experience.

Sometimes, the loot boxes come as in-game rewards that players earn for in-game success. However, players usually purchase these boxes for real money, using real or digital currency. Those who play never know what they will get when buying the box, so they are rolling the dice, sort of speaking. The purchased items have value in the game, and that’s the only place the goodies can be used.

The price of loot boxes

Loot boxes can be found in various games, from the “FIFA” franchise to Fortnite, Overwatch, Path Of Exile (Poe), CyberPunk 2077, to name a few. In the majority of games, the price of the loot box is somewhere around C$3. It is not a lot. These are known as microtransactions. When people see the cost of the loot box, especially non-games, they start to wonder what’s the problem and why all the fuss?

When a player buys a box, the chances to find the item they wish for is anything but common. It is often so rare that you will hardly find the goodies you want in the first several purchases. Even though opening the box costs only around C$3, not seeing the item they want inside will probably make the players purchase more boxes. In other words, the receipt at the end will be much higher than a few bucks. It is important to point out that loot boxes became a vital source of income for many game developers.

Purchase can turn into an addiction

The loot boxes are affordable for the majority of players. But, as explained, the players often don’t get what they wish for when buying the package. So, they continue making purchases hoping the next one will bring something cooler. As a result, they go from spending C$3 to C$50 or more pretty fast.

There is another thing. Nowadays, many games operate in season. Therefore, when the season ends, many of the items in the boxes for that specific season become available for purchase. However, the price of the items can be pretty high, and getting it all may cost the player hundreds of dollars.

At first, the impulse for buying may not be as strong, but it may become an addiction for many over time. The whole story is even more complex because many players are kids and teenagers. Even though the boxes contain cool items that allow players to express themselves in the gaming world, they can create many challenging outcomes for many who buy them.

Is the gambling-like regulation necessary?

Many reports over the years have shown that loot boxes may bring children much closer to gambling. This is because they keep spending the money without any knowledge of what can be in the box. In other words, they keep rolling the dice, hoping the next purchase will bring what they want.

Regulation seems necessary because the younger generations can develop a serious problem without the awareness of having it. However, the Gambling Commission said the regulation of loot boxes is something they can’t regulate. It is because Gambling Act 2005 does not cover loot boxes.

To explain it further, “gaming” is defined as a “game of chance that is played for a prize” by section 6(1) of the Gambling Act 2005. Another area of the Act defines the prize as “money or money’ worth.”

The Commission cannot step in because the loot boxes in question are not money or the money’s worth. They do not fall under any type of gambling. In addition, when the player purchases the box, the items can be used in the game only. They can’t be cashed out.

The calls for a change in the law keep coming out. In some countries, such as Belgium, loot boxes are already regulated as a sort of gambling. However, in many other countries, the entire area that should cover loot boxes remains unclear. The reports keep confirming the loot boxes represent a danger, especially for children. It remains to be seen if the countries will start to act and regulate the field.

If the games include the elements of gambling to earn profits, then they require gambling-like regulation.

Xbox Mini Fridge Available For Preorder In US Starting Oct 19