Hot property right now, the Sony Xperia Z1 Compact which made its debut at the ongoing CES 2014 event, has already been made available for pre-order in the UK. The 4G-ready ‘mini’ version Sony’s flagship which is highlighted by its mega specs is expected to be delivered at buyers’ doorsteps by the end of this month.

£430 is the price at which Clove is currently offering the device in all four color options. But it should be noted that these deliveries won’t begin until mid-February. For those interested in contract-based models, Phones4u is providing the Sony Xperia Z1 Compact coupled with offers from Vodafone, EE, T-Mobile and Orange. 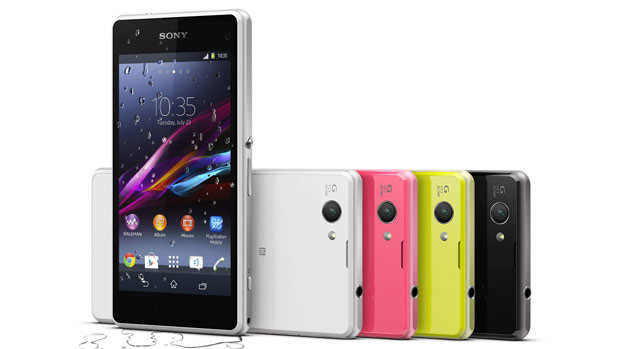 While the device is being sold for free by Phones4u, the monthly tariffs start at £30. The retailer will be delivering the phone late in January, and will also be throwing in a free Sony wireless speaker worth £120 into the package if you pre-order. Furthermore, Unlocked-mobiles is offering the Sony Xperia Z1 Compact on pre-order for £440. Its stock is expected to arrive early February.

The device will also be sold by O2 but it hasn’t been put up for pre-order by the company as yet. The dust and water resistant Sony Xperia Z1 Compact was unveiled alongside the Z1s at the CES. This latter device is nothing but a slightly revamped version of the Xperia Z which will be exclusive to T-Mobile US.

A quick glance at the specs of the Sony Xperia Z1 Compact: