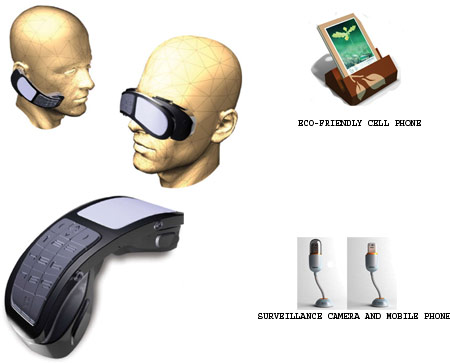 Designers around the world are busy designing the next generation of cell phones that will still be able to take calls- but yet look exceptionally cool doing it. Recently, Cell phone giant Nokia collaborated with industrial design students from Central Saint Martins College of Art and Design in London to come up with a cell phone of the future. 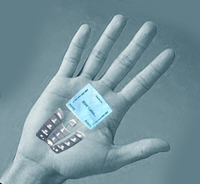 Daniel Meyer was proclaimed the winner, as he had created a phone that would double as a stand-up picture frame. The screen would show pictures of family members and friends, creating a comforting familiar focal point at home, at work or when away. A student, Kimberley Hu also submitted a very fascinating multi-sensory design. Her design uses sight, smell and touch. This phone is intended to detect and emit odor, as well as radiate colors, light and temperature from the caller’s environment. This would literally help you to stay in touch!

Cell phone design is advancing along all fronts. Here are a few potential cell phones which will transport you directly to the future. There have been prototypes made by Nokia, suggesting the use of the mobile phone as a visual eye piece taking you to other dimensions allowing you to get into the world of 3D gaming, besides being used for standard mobile communication.

Yet another design from Nokia puts the handset on a stalk, and uses its camera for surveillance. Some student designers also used eco-friendly materials in their vision of the future.

There are plenty of reasons to look out for the future with regards to technology. Nokia’s efforts to bring out the talent and brains of the techno-savvy generation seems to be just one of them.