We knew of its possible existence since March this year, and the AT&T version of the HTC Desire 610 has surfaced yet again thanks to a leaked image. This device is already out in Europe, but rumor has it that it is set to be offered by at least two big carriers in the US, with one of them being AT&T and the other, Verizon.

EvLeaks is again the source of this new piece of information about it. The picture released by the unstoppable leakster shows a familiar folder containing AT&T’s suite of apps on the homescreen. This is the only proof that it’s a phone meant for the blue carrier, but it seems enough though. 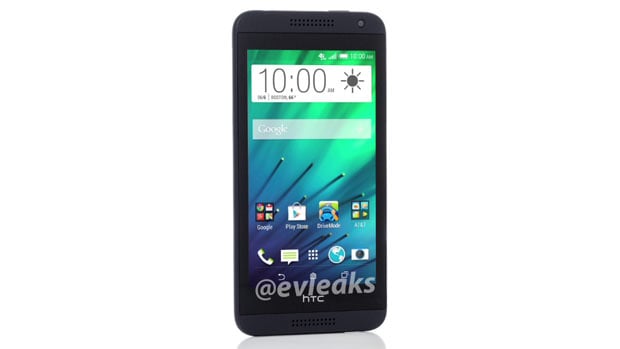 The mid-ranger from HTC was unveiled at this year’s MWC in Spain, equipped with a modest array of specifications which guarantee quite a humble price tag. A 4.7-inch touchscreen display bearing a resolution of 960 x 540 pixels makes its way into the HTC Desire 610 apart from an 8MP rear camera and a 1.3MP front snapper.

A Qualcomm Snapdragon 400 chipset equipped with a 1.2GHz quad core processor fuels the device from within, with support from a 1GB RAM module. There’s 8GB of storage present on the handset which can be expanded further using a microSD card.

Here’s a brief look at the specs of the HTC Desire 610:

AT&T is still to speak officially about the HTC Desire 610, but we’re guessing that should happen soon now that its promotional images are seemingly ready.