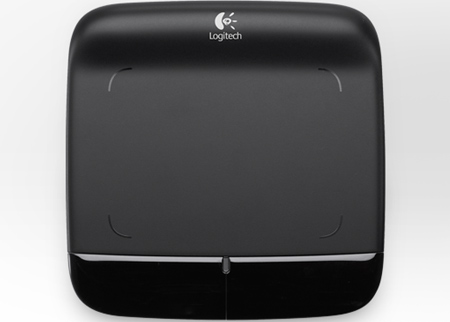 When Logitech says ‘touchpads have opened up a whole new way of interacting with the digital world’, they’re not discussing the HP TouchPad, but the all new Logitech Wireless Touchpad. The latter is a computer interface device which offers multi-touch navigation and accommodates various gestures for smoothing out the user experience on PCs.

Surfing the web, reading through longish documents, scrolling and swiping through applications with this piece of touch-based hardware ought to deliver an interesting alternative to the regular keyboard and mouse options. It also happens to cut away from the corded peripherals segment to render one less cable on that work desk or tabletop.

The Logitech Wireless Touchpad connects to a computer with the help of a miniscule Logitech unifying receiver plugged into a USB port. The 2.4GHz wireless receiver is question is capable of supporting up to five more compatible devices. The accessory rubs along well with one-finger control, two-finger scrolling as well as three-finger and four-finger swipe gestures.

It is crafted to work with PCs running Windows 7 and it spreads out to offer a 5” area for touch navigation. An LED indicator on the device tells users when it’s running low on juice. But this shouldn’t happen too often considering that a four-month battery life is listed among the specifications.

The Logitech Wireless Touchpad has been nailed down with a $49.99 price tag. It can currently be pre-ordered through the company’s official website. Now if only Logitech would bother to look around and notice the Mac users eying the touch device.