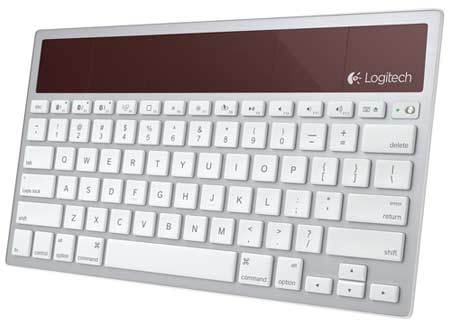 A sequel to the Keyboard K750 and Folio for iPad, the Logitech Wireless Solar Keyboard K760 goes a notch higher as it features Bluetooth connectivity and allows users to switch between Apple devices. It can be paired with multiple gadgets at the same time and as the name suggests, it is solar-powered to facilitate stress-free charging.

The compact peripheral is compatible with Mac, iPad and iPhone and can be connected wirelessly to all three, simultaneously. Switching from one gadget to the other requires only a touch on a button, which eliminates the hassles of establishing connections again. In order to complement the Apple devices, it comes enclosed in a minimalist thin chassis complete with Mac-specific keys such as Brightness, Eject and Command amongst others.

“Laptops, smartphones and tablets are ubiquitous – both at work and at play. Because Apple devices are central to this trend, Logitech is committed to improving the way people interact with them. With its simple solar charging, familiar Mac layout and comfortable design, the Logitech Wireless Solar Keyboard K760 will appeal to Apple users worldwide,” quoted Denis Pavillard, vice president of experience design at Logitech. 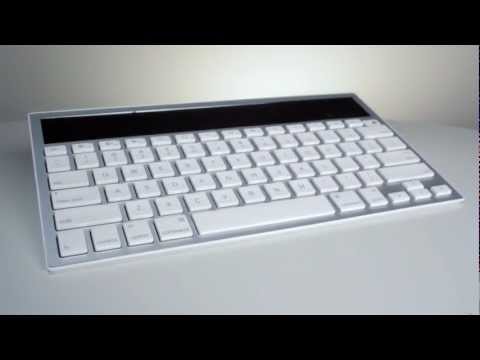 This keyboard claims to keep the noise levels down while aiming to ensure better precision and speed as compared to onscreen keypads, courtesy its concave key design. Besides solar cells, the eco-friendly peripheral boasts of PVC-free construction and comes packaged in recyclable box. It can be charged in any light, whether indoors or outdoors and offers a battery life of close to three months, if used for eight hours every day.

The Logitech Wireless Solar Keyboard K760 price is tagged at $79.99 and it will hit store shelves this month in the US and Europe.