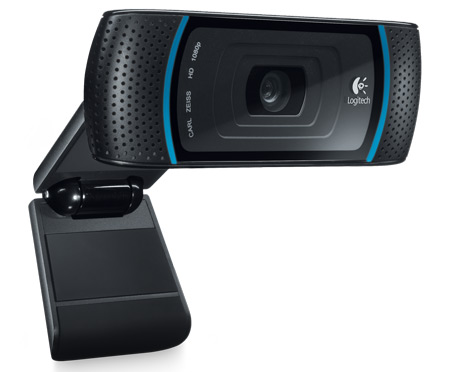 With the rising popularity of communication on-the-go, tech companies have been ceaselessly innovating and developing enhanced communication facilities and services to provide satisfactory and enriching experiences to users. Keeping up with this view, Logitech has come up with a full lineup of HD webcams and the Logitech Vid HD software.

The new range of webcams launched by the company features Logitech Fluid Crystal technology that makes video calls and recordings crystal clear with smooth and fluid motion and adds real life-like value to images and films. Logitech Vid HD has been called as a free, fast and easy way to make an HD video call. It is an upgraded version of the Logitech Vid and every Logitech webcam from the newly launched series comprises of the software.

“HD video calling is a critical step toward our vision of a world in which video communication is as mainstream and seamless as a telephone call — for anyone, anywhere,” said Eric Kintz, vice president and general manager of Logitech’s video business. “With Logitech HD webcams and Vid HD, you have everything you need to share, to connect, to see the people that matter to you in breathtaking detail that far surpasses the quality of embedded webcams.”

The flagship model in the offering namely Logitech HD Pro Webcam C910 is embedded with some interesting and advanced features such as HD 720p video calling, Full HD 1080p video recording and one-click HD-uploading to Facebook and YouTube. These qualities are claimed to enhance the high-definition video calling, recording and sharing experience. Just 25mm deep, C910 is a slender webcam that can be setup with any computer or laptop. The company has asserted that with two mics on its either side, these webcams offer lucid stereo audio.

For those on a constant go, the manufacturer has designed the Logitech HD Webcam C510. The fold-and-go design of the webcam makes it possible for users to carry it with them. It also features a 360-degree full rotational quality that lets users spin it around as per their convenience. All the webcams from the series have been claimed to be Skype certified, optimized by Windows Live Messenger, and are expected to work with major video-calling clients such as Skype, Yahoo Messenger, Gmail Voice and Video Chat.

The C910 and C510 with 10MP and 8MP resolution respectively, are said to offer rich and colorful photographs. The other webcams from the range, C310 and C270 have been pronounced to offer crisp and clear pictures with their resolutions of 5MP and 3MP. The snaps clicked using these cams can be easily uploaded to Facebook or YouTube. They have also been implanted with Magix photo and video editing software which are maintained to help users make changes to their videos before posting them online.