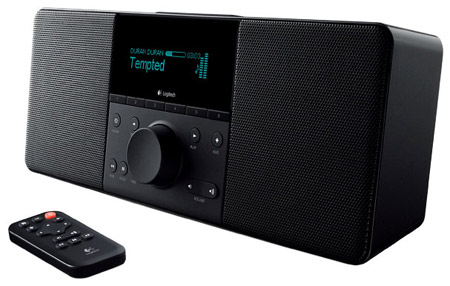 With the help of the existing home network users can stream music on the computer or favorite Internet radio stations and also subscription services such as Rhapsody, Last. FM, Slacker, Pandora and Sirius even when the computer is switched off.

“The network music player will be the CD player of the 21st century, and Squeezebox Boom is the first player in its class to deliver high-quality audio in a compact, all-in-one design,” said Robin Selden, vice president and general manager of Logitech’s Streaming Media business unit. “From the streamlined setup to the breakthrough acoustics, the Squeezebox Boom is an entirely new type of network music player. Just plug it in and you’re ready to rock the house.”

Apart from the new music system is also equipped with an alarm clock function. The six preset buttons, located under the display make it easy to search for particular song, Internet radio station or playlist.

Logitech Squeezebox Boom network music player is scheduled to be available in September for $299.99.