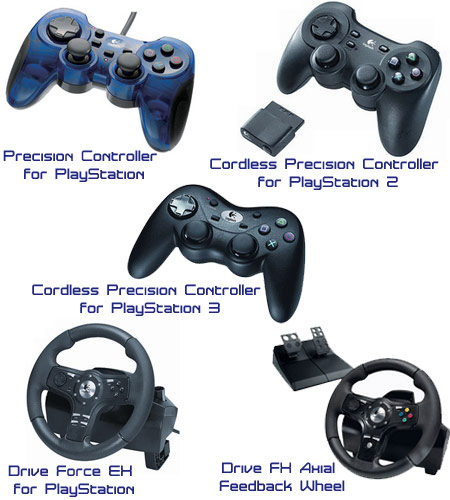 Moninder Jain, Director-India & South-East Asia, Logitech said, “Gaming industry is developing at a fast rate in India. Console gaming for many is the entry point into the gaming market. The size of the gaming market in terms of age limits is increasing from both sides and is marching towards a more ‘inclusive’ age band of 6-60 years. In order to cater to the demands of this huge untapped market we have introduced these new gaming peripherals.”

Read on to know more about each of the newly launched gaming peripherals.

Employing the company’s highly reliable 2.4 GHz Cordless Freedom technology, the new comfortable and compact Logitech Cordless Precision Controller delivers highly-precise control from up to 10 metres of a distance, for more than 150 hours on two AA batteries. Thanks to the Advanced D-pad which incorporates a D/Mode, users can change to the directional pad from the analogue stick function in supported games giving users just the right control. Priced at Rs. 2790/-, the controller uses the PS button to get access to your PlayStation 3 menu system.

The Logitech Cordless Precision Controller makes use of the company’s 2.4 GHz Cordless Freedom technology, which once again delivers super-precise control with no lag time. Operating at a range of 10 metres, it offers vibration for in-game feedback. In addition, the new design also incorporates a mini receiver that plugs directly into the console, giving users a neat and tidy solution that’s easy to use and store. The controller features the power management technology that makes sure that users can enjoy a longer battery life. The analogue buttons and high performance analogue sticks help users to control their moves more efficiently. The Logitech Cordless Precision Controller for PlayStation 2 is available for Rs. 1990/-.

Precision bundled in a compact new design of the critically acclaimed patented D-pad that best defines Logitech Precision Controller for PlayStation. With the high performance analogue sticks users can get a control through 360 degree’s of movement, experiencing every hit, crash and explosion, with the dual vibration feedback. In addition, the controller also bundles precision-engineered analogue buttons, 2.5 metre cable, textured rubber grips and turbo function for super fast action. Priced at Rs. 1190/-, the Logitech Precision Controller is compatible with PlayStation, PlayStation 1 and PlayStation 2.

Merging the company’s industry-leading force feedback technology with a standard PlayStation racing wheel, the Logitech Drive Force EX gives users extraordinary control over all their driving games. Force feedback over the USB connection enables users to feel curbs, weight transfer, along with your opponents’ fender as one tries to hold a racing line at 150 MPH. This complete racing wheel includes an accelerator and brake pedals that renders an almost real driving experience. Rs. 7490/- is what you need to shell out to make Logitech Driving Force EX yours.

All the new gaming peripherals from Logitech bundle a 2-year warranty and are distributed by Origin Marketing Private Ltd. in India.