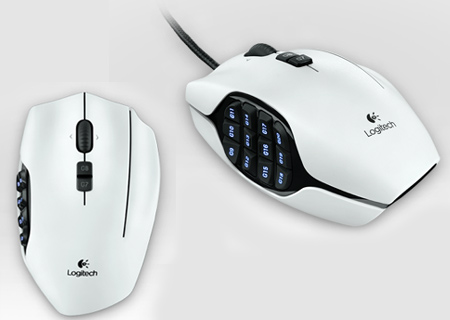 The latest device to launch through the popular G-Series lineup is the Logitech G600 MMO Gaming Mouse which just as its name suggests, is designed specifically for MMO players out there. Featuring 12 thumb buttons just like the Razer Naga series, the peripheral is said to be highly customizable and most importantly, easy-to-use.

The device comes loaded with 3 pre-defined default profiles, out of which 1 is optimized for general use, while the remaining 2 are created for MMOs. Setting up the peripheral should be convenient. All gamers have to do is simply plug it in without the need of additional drivers. It flaunts a total of 20 buttons. 12 of these are allocated near the thumb in two groups of 6, for quick access. The overall form factor is apparently crafted in a way that delivers a comfortable feel for long gaming sessions.

“The Logitech G600 MMO Gaming Mouse is the result of intense, direct testing with experienced MMO gamers,” commented Mark Starrett, senior global product manager for Logitech. “Countless hours of research went into the design of our thumb panel to make sure that it is as comfortable and easy to use as possible. And people will feel the difference in the buttons – they’re sculpted to help reduce click fatigue and miss-clicks so you can play with greater precision for as long as you want.” 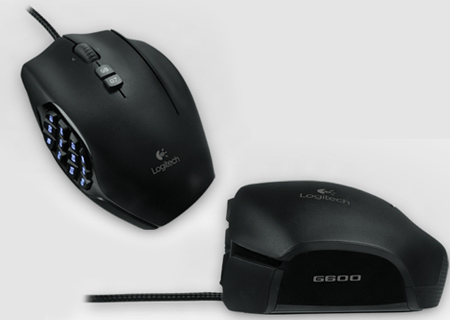 Through the G-Shift function, players can double the number of actions on any button. The keys are even programmable, allowing users to create a custom set of commands based on their preferences. What’s more, these modifications can be saved to the Logitech G600 MMO Gaming Mouse’s on-board memory and conveniently accessed.

The Logitech G600 MMO Gaming Mouse release date for the US and Europe is expected to fall during the start of July 2012. The peripheral will be available for a price of $79.99.