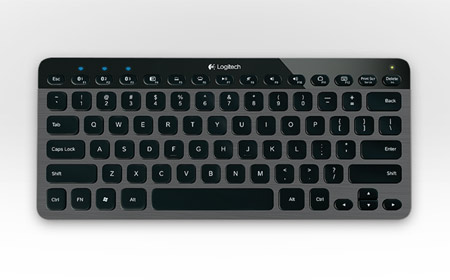 A cross-platform keyboard has managed to catch our attention in the form of the Logitech Bluetooth Illuminated Keyboard K810 which is compatible with PC as well as Android and iOS devices. This hardware comes with a layout designed for Windows 8, and kicks in Bluetooth connectivity which helps it hook on to three gadgets simultaneously. Users will be able to switch between these devices using just one button.

This thin keyboard has been built with real brushed aluminum, and it even features auto-adjusting illumination for its laser-etched key characters to be easy to read. Moreover, this little trait also comes with a proximity sensor which detects the presence of fingers and turns on the lighting, thus saving valuable battery life. It even has the ability to automatically dim or brighten the illumination levels based in the amount of light in the room. 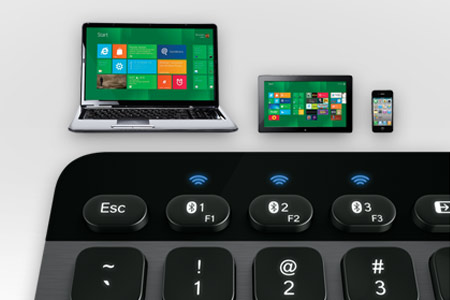 This wireless Logitech keyboard is able to charge itself through a USB cable. On a single charge, it is claimed to last for a total of ten days. Besides, it can also be used while it’s recharging. An on/off switch helps save power, and there’s even a battery indicator which starts flashing red when the device is running low on juice. The keyboard has been fitted with Incurve keys that are specially designed to complement the natural profile of our fingertips. Lastly, its PerfectStroke key system helps in distributing typing force evenly across the key surfaces, hence granting a silent, natural and fluid experience.

The Logitech Bluetooth Illuminated Keyboard K810 is slated to arrive in the US and Europe in October and November 2012, respectively. Its price will be placed a €99.99.