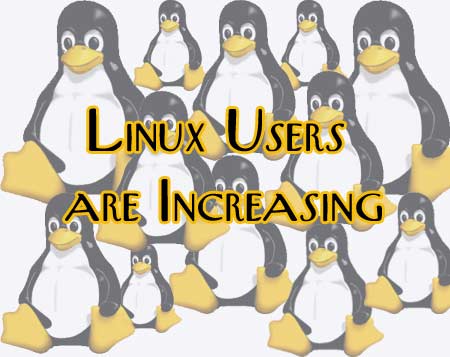 Linux Foundation’s latest annual survey has concluded that PC users are looking at Linux OS as an option to Windows.

Though the results are not yet complete but the fact that more than 20,000 people completed the survey makes surveyors think so. This year’s number of respondents is almost double than last year’s.

Earlier Linux computers were only used by developers and engineers. However now-a-days Linux OS is also found at small businesses and at homes. Advanced virtualization technologies making Windows software and the availability of a new breed of online applications like Google Docs could be the reason of such increase.

The survey also found that Linux users are happy with their operating system. And Linux distros, Ubuntu are the most popular choices of half of the respondents. Red Hat, Suse, Debian, Gentoo, Knoppix and PCLinuxOS are also amongst popular OS.

Nearly 75 per cent respondents can trust Linux while 18.3 percent amongst rest were pretty sure to rely on Linux.

As mentioned earlier the survey is incomplete yet and will get over on November 30.