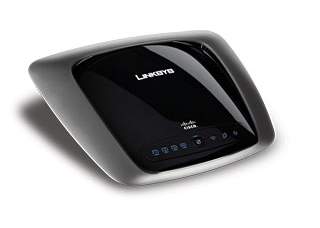 Linksys has introduced the Ultra RangePlus Wireless-N Broadband Router (WRT160N) and the Ultra RangePlus Wireless-N Gigabit Router (WRT310N), in India. The new wireless routers are stylish in design and boast features like Linksys Easylink Advisor (LELA) that simplifies the set-up of the network, and assures that all devices and connections are stable and highly secured.

The WRT160N and WRT310N feature a shiny finish, alluring curves and slim profile. Further they are equipped with RangePlus internal antenna technology, which adds to the aesthetic design of the routers.

Linksys claims that the new routers are extremely user-friendly, thanks to the Linksys EasyLink Advisor (LELA), which is essentially a ‘Network Advisor in a Box’. The LELA software is especially designed to resolve technical issues that may occur while setting up a new wireless network. Users can easily set-up a router with a series of simple questions. The LELA automatically checks the network for updates available for the router and helps to configure connected devices and computers securely. No passwords or confusing network terminology are required, claims Linksys.

“The new Ultra RangePlus routers showcase the way in which Linksys is taking Wireless-N to new levels of design, performance and ease of use. We strongly believe that the sleek new router design is sympathetic to modern living whereas traditional routers have been hidden in a cupboard or behind a curtain,” said Sanjeev Gupta, Linksys Director Channels, Asia Pacific. “But it is not only the design that make these products attractive – installing a home network with the wireless router or connecting additional devices is simplified with our new Linksys EasyLink Advisor and improved set-up wizards.”

The WRT160N and WRT310N routers are immediately available in the Indian market at the prices of Rs.5999 and Rs.7999 respectively.