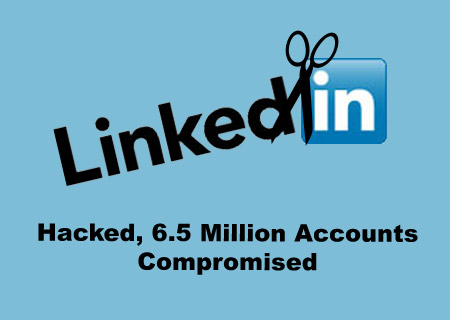 Earlier this month, 6.5 million passwords were reported to be stolen as a result of a security breach on the LinkedIn servers. And that isn’t all – each compromised login was published by the hacker online. However, on the bright side, none of them were uploaded with the corresponding emails used to sign in.

The professional social networking website responded to the issue by blocking access to all compromised accounts. A reset password email was then sent by the customer service team to all affected members. The company further states that all accounts believed to be at risk were disabled the following day.

“By now, many of you have read recent headlines reporting that 6.5 million LinkedIn hashed passwords were stolen and published on an unauthorized website. We take this criminal activity very seriously so we are working closely with the FBI as they aggressively pursue the perpetrators of this crime. In this post, we want to address questions we’ve been receiving and share what we’ve learned so far about the incident, how we’ve responded, and what we’re doing to protect our members going forward,” commented Vicente Silveira, Director at LinkedIn through a post made on the official LinedIn blog.

The SNS also issued certain steps users could adopt to protect their account. They include changing the password once in 3 months or at least after every few months and creating a strong password by adopting symbols, uppercase letters as well as punctuations for a lengthy and complex combination that’s not easy to crack.

According to LinkedIn, the latest security system utilized involves an extra layer of protection where passwords are hashed and salted. This is said to be a widely recognized practice within the industry.