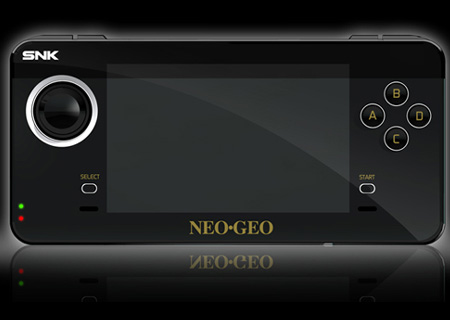 A certain cartridge-based gaming console from SNK is scheduled to makes its comeback in an all new avatar, the Limited Edition Neo Geo X handheld system. Along with a wide catalog of classic titles including Metal Slug, King of Fighters and Fatal Fury, this portable rig will be released sometime during the second quarter of this year.

The device in question has already been under the rumor spotlight for quite some time now. And following the Neo Geo AES console’s 20th anniversary celebration, the gadget is expected to roll out through game distributors Tommo Inc and Blaze. The portable version is said to arrive equipped with a LCD screen that stretches up to 3.5 inches diagonally and various other features such as a SD card expansion bay, an internal stereo speaker system, audio and video output as well as a headphone socket.

“The Neo Geo console has always been a personal favorite of mine and I am delighted to be involved with the development of this new handheld console. We hope to re-ignite the excitement many of us felt twenty one years ago, in a more affordable manner, to a much wider audience,” commented Jason Cooper of Blaze.

The Limited Edition Neo Geo X release date points to sometime during the Q2 of 2O12. It will be available through video game publishers Tommo Inc for the U.S., and Blaze for Europe, the Middle East and Australia. Distributors for Japan and the Far East along with price details for the console’s worldwide launch are expected to surface soon.