If you had any doubts about whether the gold colored LG G2 we saw yesterday was legit, erase them. The company is reported to have gone official with the launch of the smartphone in this currently overworked shade. It looks like gold is the new white. Just when we started getting tired of all the white hued handsets, Apple had to land with the champagne tinted iPhone 5S.

Now that gold is in for premium devices, LG was obviously waiting to tar the G2 with the same paintbrush. Well, at least there’s an option to pick up the phone in red. Better still for those who’re hyperventilating at the thought of all this bling, these are limited edition units. 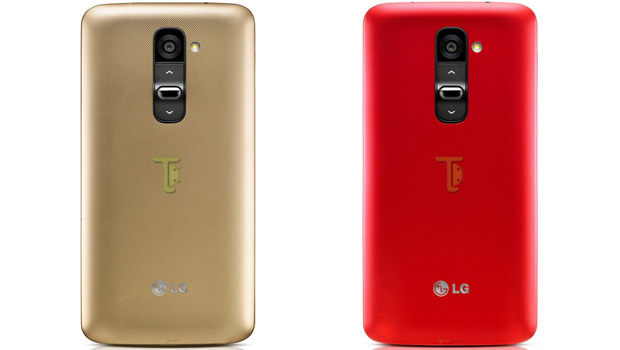 The internals are obviously going to remain the same. But you’ll be able to notice one small change in the exterior apart from the new colors. The smooth plastic back panel of the device has been replaced with a sort of textured cover. It might keep away fingerprints, but we’re not convinced that it’s a good look for a golden handset.

Here’s a list of the LG G2’s main specs: 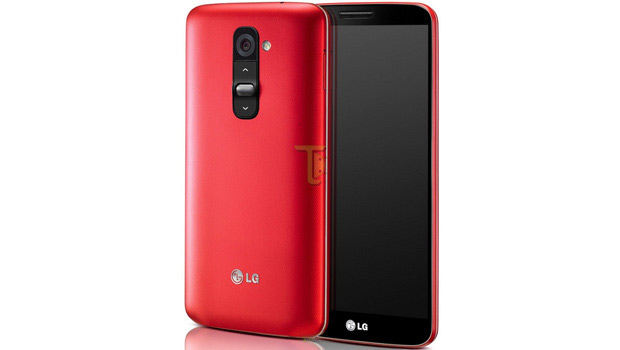 TechDroid says that the off-contract G2 is priced at SGD 898 (around USD 705). It will start selling in Singapore from January 18th through carriers Starhub, M1 and SingTel. There’s no confirmation on whether the handset will be available in the said color options in other markets.