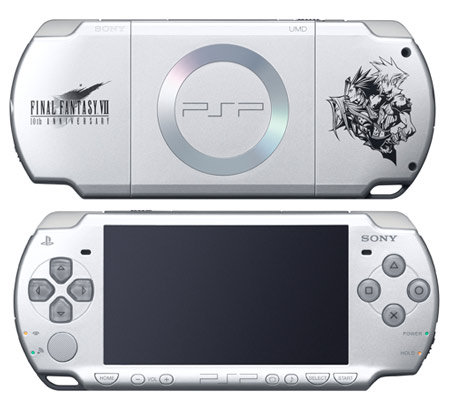 Crisis Core Final Fantasy VII is an action game developed by Square Enix. The game features a new dynamic battle system with real-time action, while retaining the immersive storytelling expected from a game with such heritage.

Gamers will now able to discover the events leading up to the destruction of the metropolis of Midgar and the downfall of the ruthless Shinra Corporation. Following the story of young Shinra solider Zack Fair, Crisis Core –Final Fantasy VII- revisits a classic world populated by celebrated characters including the heroic Cloud Strife, tragic Aerith Gainsborough and the villainous Sephiroth.

This limited edition will be available in the European market on 20th June 2008 at the price of 189.99 Euros.