Lightstrap for iPhone is beyond awesome for taking low light photos

The iPhone does great photos, there’s no doubt about that. But low light conditions can be daunting to even the best of cameras, let alone lenses on smartphones. Kickstarter is currently hosting a cool new project called Lightstrap which is a sort of extended flash unit for the Apple iPhone.

The Lightstrap is literally a ring of flash framing the back panel of the iDevice. It’s good for stills as well as videos. It doesn’t give out the kind of harsh glare a normal flash unit would. The add-on emits more of a soft glow instead. It does away with blurs and image noise to a noticeable extent. 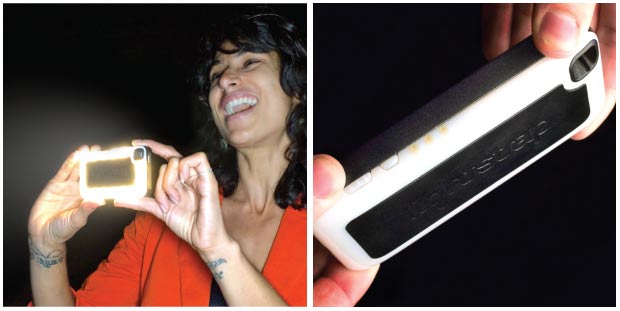 As you can see from the images, the colors are far from washed out and appear more true-to-life than you would normally expect under poor lighting conditions. The Lightstrap works with any iOS camera app using the Apple API. It’s battery can keep going for 500 pictures or 30 minutes of video.

The peripheral can be fastened to the back of an iPhone just like any standard protective cover. It features six color temperatures and seven brightness levels for users to play around with. The developers say that effects and filters look their best on the evenly toned stills shot with the help of Lightstrap. 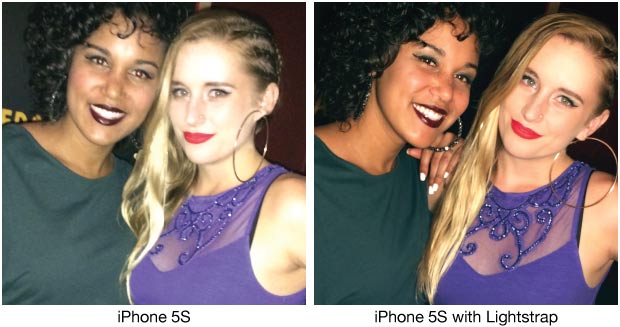 Depending on how quick you are to place an order, the add-on will cost you $87 or $97 on Kickstarter. Those who are booking it from outside the US, will have to throw in an extra $20. The flash unit will start shipping out in April 2014. It seems to be compatible with iPhone 5 and 5S only.