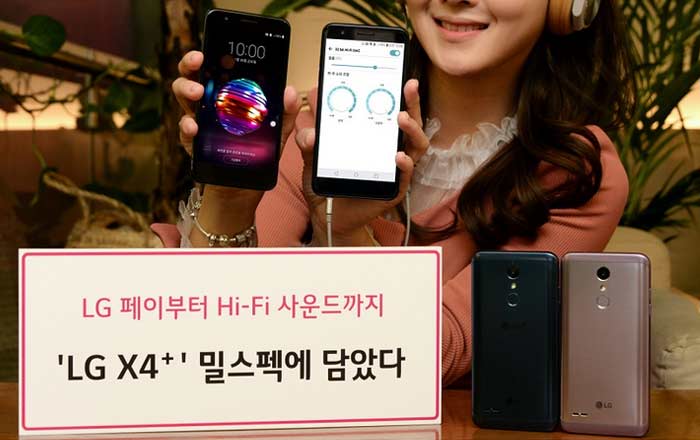 The LG GX4+ just got launched in South Korea, becoming the first phone to run on the company’s LG Pay platform in the process. Like rival digital payments solutions, the feature allows people to use their fingerprint or password to authenticate a transaction in a virtual or real-world setting like at a cash register.

LG’s also touting a Finger Touch tool which lets people click a selfie or a screenshot by tapping on the fingerprint sensor located at the back. Durability is a key aspect of the GX4+ as well, with the company claiming that it’s passed the MIL-STD 810G military standard of the US Department of Defense.

This makes the GX4+ highly immune to thermal shock, high temperature, low temperature, humidity, impact, and vibration. The brand is also placing a heavy emphasis on audio, equipping the device with a Hi-Fi DAC (digital-analog converter) which is supposed to guarantee quality close to the original sound.

Here’s a quick look at the top specs of the LG X4+:

Also Read: LG’s insane 65-inch OLED TV can be rolled up like a newspaper