If you haven’t heard it yet, Google will be releasing two smartphones this year and one of them will be made by LG as an upgraded version of 2013’s Nexus 5, with the other one created by Huawei. We have just been greeted by a new leak that not only details the purported specs of the LG Nexus 5 (2015), but also gives us an idea about its price.

This phone is believed to feature a 5.2-inch 1080p full HD P-OLED display. Its operations will be handled by a Snapdragon 620 (MSM8976) chipset. It’s an upcoming 64-bit SoC that will offer an octa core CPU and a next-gen Adreno GPU. Moreover, this setup will be assisted by a whopping 4GB worth of RAM.

GizmoChina is reporting that the Nexus 5 (2015) will ship with a 13MP rear camera bearing an IMX278 RGBW sensor. It will be paired with a 6-element f/1.8 aperture lens, and will offer advanced features like optical image stabilization, laser autofocus and a dual-tone LED flash. 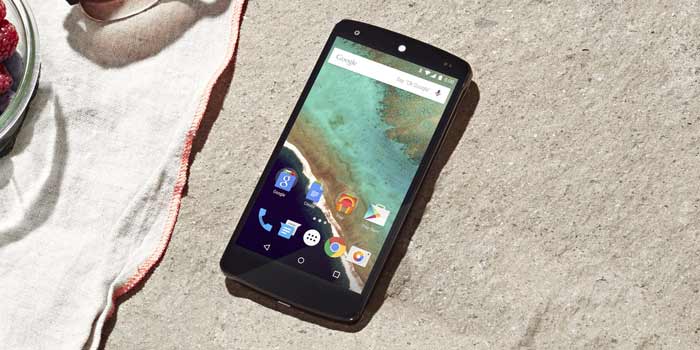 For selfies, this Google smartphone will carry on its front a 4MP OV4682 RGB-IR sensor that will support iris detection. The device will apparently also embrace the USB Type-C standard, while offering QuickCharge 2.0 support and wireless charging compatibility.

That being said the all-important fingerprint scanner will be adopted by it as well. It will be placed on its rear surface, on the LG phone’s power button. This handset will apparently be powered by a 3180mAh battery.

Also See: Get ready for monthly Android updates on Nexus and Samsung devices

Coming to the speculated price of the forthcoming LG Nexus 5 (2015), it has been revealed that the device will be available at around $300 to $400.