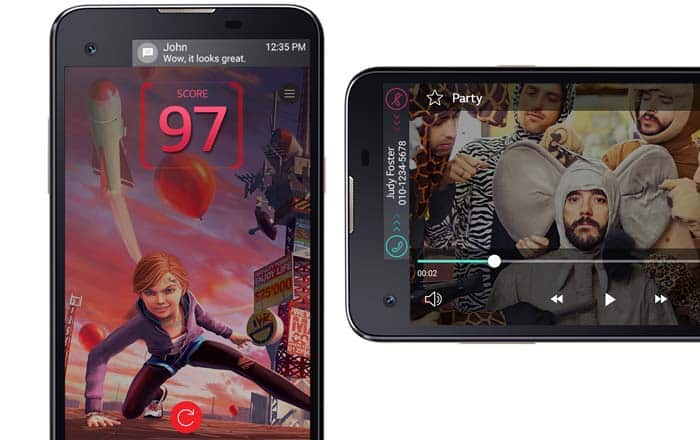 LG has finally brought the X Screen to India, about 5 months after the handset first hit the scene ahead of the MWC 2016. The handset is part of the brand’s X series of mid-range phones which offer one premium feature each.

The LG X Screen’s headline-grabbing feature is the fact that it carries a 1.76-inch secondary display on top of the main 4.93-inch 720p one. The second screen works just like what we’ve previously seen in the LG V10, letting users have convenient access to recently used apps, pick up calls, and play music.

LG has also decided to add an additional Indian flavor to the smaller screen thanks to the addition of an SOS mode keeping in line with the government’s directive for all handsets to carry a panic button. Users can trigger this system in emergency situations by pressing the power button 5 times in a row.

The South Korean manufacturer has further blessed the X Screen’s main panel with its Always-on Display technology. The feature allows people to view basic notifications like the time, date and battery power without having to actually wake up the device.

A rapid take on the specifications of the LG X Screen:

Interested buyers can snap up the LG X Screen exclusively via Snapdeal on July 20. The phone has been slapped with a Rs 12990 price tag and is being sold with a number of offers courtesy SBI, Hungama Play and Vodafone 4G.