Magna, Spirit, Leon and Joy happen to be the names of four mid-range LG smartphones which have just been given a glimpse of by the South Korean company. These handsets will be showcased at the MWC next month, but we indeed have all the dope on the specifications they have been blessed with.

These Android 5.0 Lollipop-running handsets will be made available in both 3G and LTE variants, with the latter models featuring distinct metallic back covers. While all the devices stay true to the trademark LG design cues, the Magna and Spirit take things a step further and offer slightly curved displays that in turn result in arched bodies. 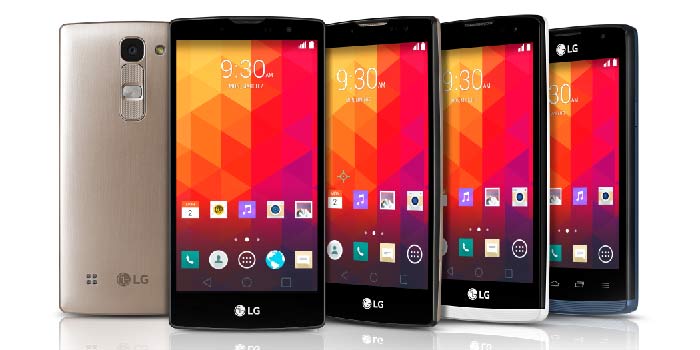 The Magna is the flagship in this new range of mid-range smartphones, and it’s highlighted by its 5-inch HD display which is complemented by a quad core processor that will be clocked either at 1.2GHz or at 1.3GHz. An 8MP rear camera, a 5MP front snapper, 1GB of RAM and a 2540mAh battery are its other important components.

The LG Spirit model goes for the same camera and processor setup as that of the Magna, but offers a smaller 4.7-inch HD monitor. This phone too kicks in 1GB worth of RAM, while you’ll find a 2100mAh battery inside it. For some territories, its 5MP front camera may be replaced by a 1MP one. 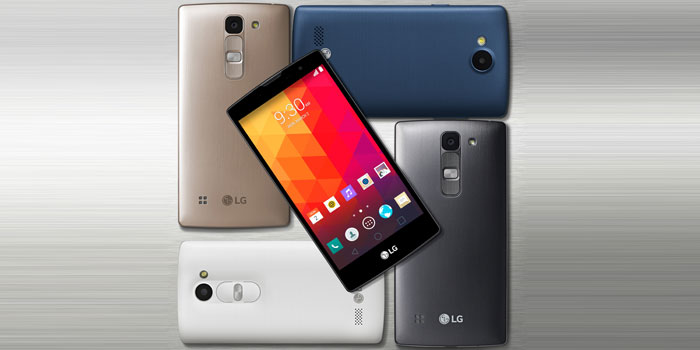 The Leon variant carries onboard a 4.5-inch FWVGA panel, and runs on a quad core processor clocked either at 1.2GHz or at 1.3GHz. While its rear shooter will produce 8MP photographs, the one on its front will go for 5MP or VGA resolution, depending on the market. There’s 1GB of RAM present on this handset as well, apart from a 1900mAh battery.

Last comes the LG Joy which holds on it a 4-inch WVGA display, and runs on a 1.2GHz quad core or a 1.2GHz dual core chipset, again depending on the market. It has been granted the same 1900mAh battery which the Leon model possesses, while its camera setup consists of a 5MP rear and a VGA front unit. Either 1GB or 512MB of RAM will be available on it. 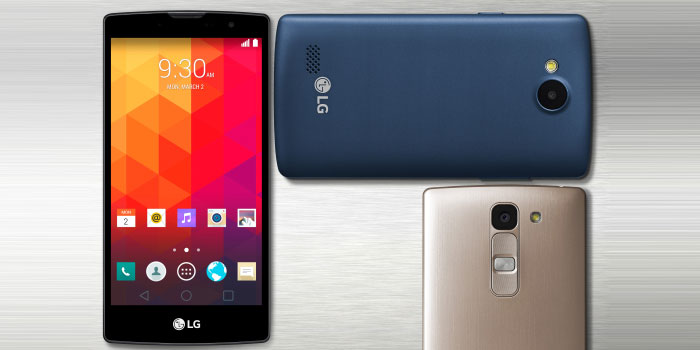 All these smartphones also offer 8GB worth of expandable storage (Joy model even comes in 4GB variant). Over and above their Android 5.0 Lollipop OS, they of course bear the company’s own UI which has been garnished with a host of different UX features like Gesture Shot for easy selfies, Glance View for quick access to key information and more.

The LG Magna, Spirit, Leon and Joy handsets will be rolled out this week in select markets, and that’s when an exact idea on their pricing will be available.