LG has released a new smartphone under its flagship series, the Gx, which is a 5.5-inch phablet that shares a lot of similarities with the Optimus G Pro that went official earlier this year. The new handset could be the successor to the latter and it looks like it could be exclusive to Korea for the time being as no international launch details have been provided.

Like the Optimus G Pro, the Gx has a physical home button below the screen along with capacitive menu and back keys. Also, the overall design looks quite akin to that of the G Pro. However, the new model is a tad thinner than the former, measuring 9.2mm and it weighs lesser as well, at 167 grams. Major amount of similarities are seen on the hardware front. 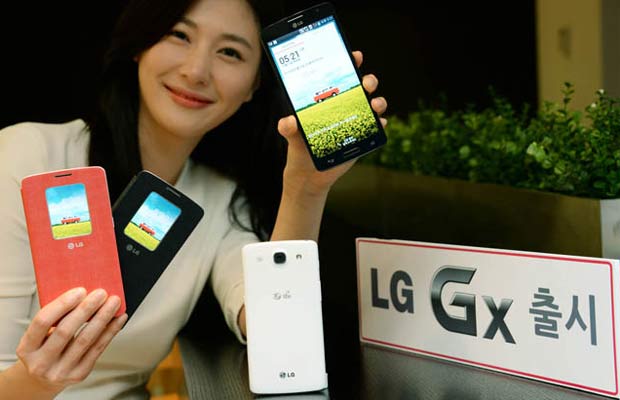 Here are the Gx’s specifications:

The LG Gx is accompanied by the company’s exclusive Android UX which delivers enhancements like Smart Memo, Media Time, Smart Day, Q Remote, QSlide, QuickMemo, QTranslator and many more. The company will also be offering the device along with the Quick Window accessory. In other news, LG plans on launching a mini version of its G2 flagship.

If the LG Gx is really the successor to the Optimus G Pro, it doesn’t present itself as much of an improvement. No price and release date details have been provided as yet for the smartphone.