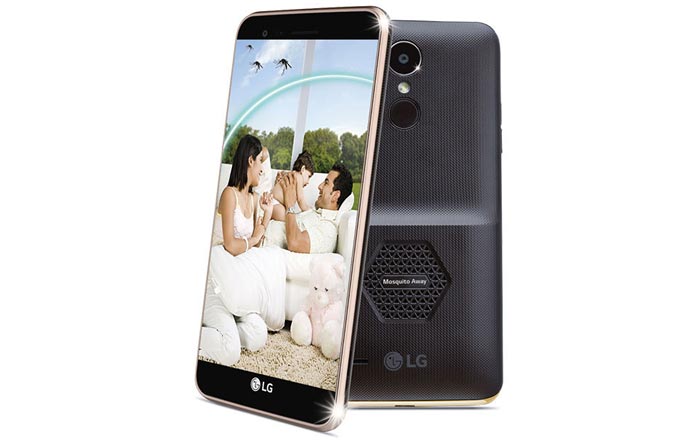 More than a year after launching a mosquito-repelling TV, LG is back with a new smartphone which does the same. Dubbed the K7i, the device uses the brand’s ‘Mosquito Away’ technology to keep the pests away from you at least 72.1% of the time.

LG has provided for a normal back cover and a special Mosquito Away cover, in addition to a Mosquito Away Stand. The second emits ultrasonic frequencies to stop the insects from approaching. It’s apparently harmless to humans, doesn’t emit any smell, and doesn’t need to be refilled.

However, LG’s disclaimer for the same mentions that the long term effects of its technology hasn’t been tested. There’s even a chance the mosquitoes might become resistant. Moreover, the species used for testing purposes by the International Institute of Biotechnology and Toxicology (IIBAT) could be different from the one in your vicinity.

LG also takes care to mention that the K7i is just one way to deal with mosquitoes and can’t be taken as an ultimate solution. Some low-level noise might be heard from the speakers when it’s in action, but there’s no reason to be concerned. The handset is best utilized in enclosed spaces like a room rather than an open one.

Specifications of the LG K7i:

The LG K7i is priced at Rs 7990 and will be available via offline shops across India.