LG’s blowing everyone’s minds at CES 2018 with its 65-inch UHD OLED TV that anyone can just roll up like a newspaper. The brand had actually showcased the same technology 2 years ago, but was just working with an 18-inch prototype at the time.

The 18-inch flexible display has now massively scaled up to 65-inch and upgraded to a 4K resolution. The panel can be rolled up and hidden when it’s not in use. People can even transport it from place to place without worrying about not having enough space to carry it.

Most folks don’t need to do that though, plus there are probably other factors to think about like a lack of ports. It’s still a pretty cool sci-fi concept though and may just be an indication of a future where TVs are all slim and portable enough to hang like a poster instead of a complicated machine which juts out of the wall. 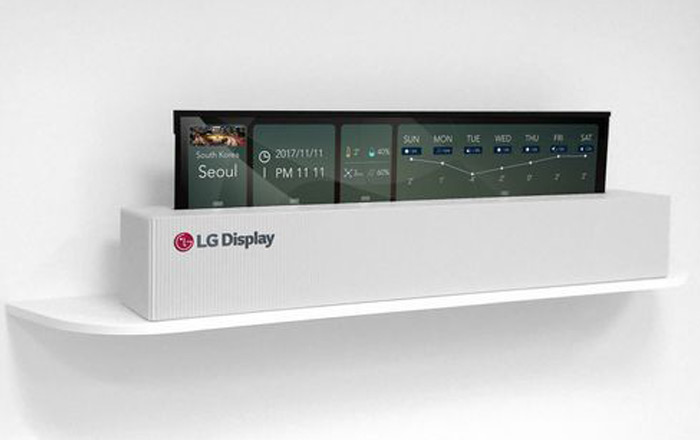 LG demonstrated the TV’s potential by minimizing the screen from its full height to just a tiny box the size of a sound bar (see above). The television is actually the product of LG Display, a spinoff from the main company which focuses on OLED displays. It’s even rumored to be making one of its bendable panels for a future iPhone.

LG Display isn’t ready to sell its rollable TV to the masses yet. Other than the star attraction, it’s also showing off its 88-inch 8K OLED screen at CES 2018. It’s made some major changes to the way audio works, turning things around so that sound emanates directly from the display.