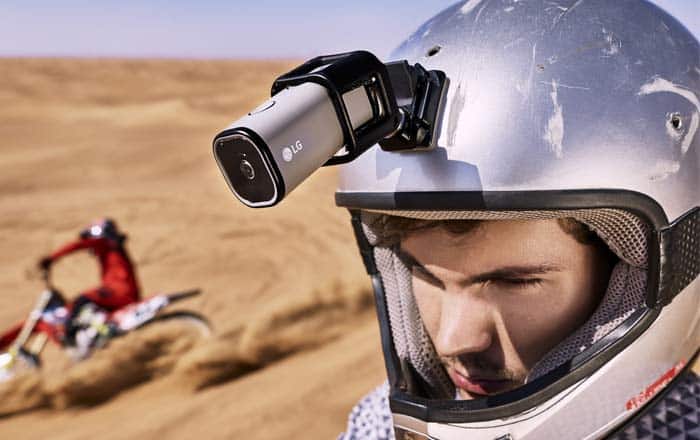 LG Action CAM LTE happens to be the name of a new GoPro rival introduced by the South Korean company. This 4K-capable shooter is highlighted by its ability to stream to YouTube using its own LTE system rather than relying upon a smartphone for the same.

The uniquely designed LG Action CAM LTE also features Wi-Fi and Bluetooth 4.1 support of course. This will allow you to watch its content on an Android or iOS smartphone, and also to use it as a CCTV if you wish.

The fresh LG offering has been equipped with built-in GPS and motion sensors as well. It will allow you to remember where your footage was taken, gather metrics or easily find video highlights later.

A 1400mAh battery has gone inside it, whereas LG has even equipped it with a microSD card slot supporting 128GB worth of storage. This device is IP67 rated, which means it can survive under a meter of water for half an hour.

The Action CAM LTE wil be marketed as one of the ‘Friend’ devices which LG had introduced alongside its G5 smartphone earlier this year. But with this new camera having its own LTE connection we don’t see how it fits into that league.

The new LG Action CAM LTE will be made available in South Korea next month, while markets in North America and Europe will start getting it after that. There’s no word on its price yet.