The new LG Gentle has just been launched and it looks to tap into the surprisingly existent flip phone market in South Korea. This handset runs the Android 5.1 Lollipop OS, and of course grabs a physical keyboard that sits inside its clamshell form factor.

Both LG and Samsung have a thing for flip phones, which is not surprising as they’re apparently still popular in the home nation of these two biggies. The former had its Wine Smart handset last year, while the latter had brought out Its Galaxy Golden range not too long ago.

Coming back to the Gentle, it happens to have been equipped with a 3.2-inch HVGA touchscreen display which is hinged to its body. The operations of this smartphone are taken care of by a 1.1GHz quad core processor that has been paired with 1GB worth of RAM. 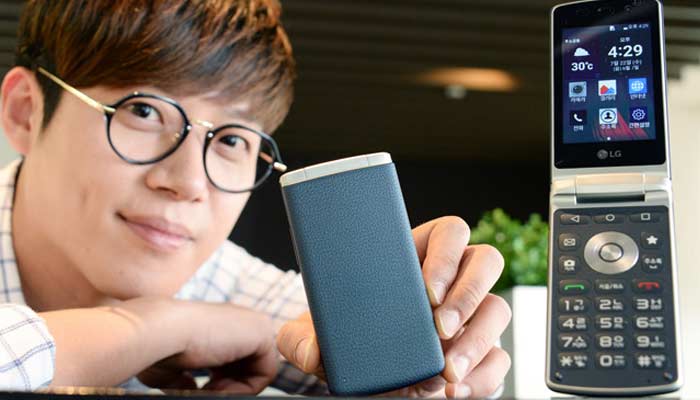 It’s no surprise that it features support for 4G LTE networks. This LG smartphone has been blessed with an attractive faux leather rear surface as well. It boasts of a 3MP main camera as well as a VGA front snapper. Powering its operations is a 1700mAh battery that keeps it going in between charges.

Here’s a neat look at the main specs of the new LG Gentle:

The LG Gentle will be made available in the South Korean market soon at an off-contract price of KRW 200000 which translates into around $170 or Rs 11000.