Smartwatch enthusiasts who are waiting for the Moto 360 just so they can buy one with a round face might want to hold off getting it, as there’s the LG G Watch R to be considered as well. The company has teased its second Android Wear device, and has revealed that it will be unveiled at the upcoming IFA event in Berlin.

We don’t know anything important about the device apart from the fact that it has a round face. LG’s previous attempt at a smartwatch which was one of the two first Android Wear products (the other one being the Samsung Gear Live) has a rectangular form factor, and can be bought at a price of $229. 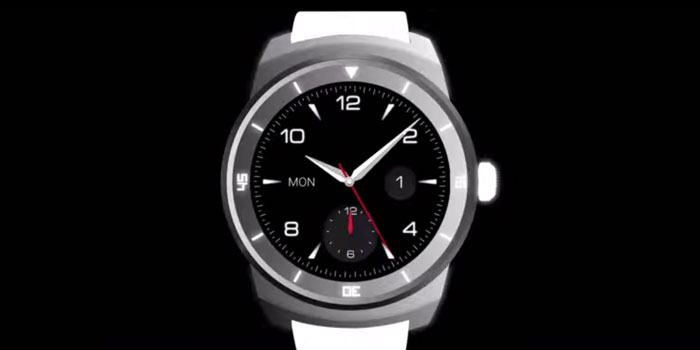 The company has released a teaser video which for a brief second shows the round product. The fact that it will be called the G Watch R has been revealed by an LG representative to Android Police. The only other mainstream smartwatch to kick in a round face is the Moto 360 which is expected to be sold at $249 when it’s out next month.

This Motorola product is quite superior to LG and Samsung’s current Android Wear devices. It adopts wireless charging support, features a pedometer and is built with a stainless steel frame. It will be fully unveiled on September 4 at Motorola’s big event which is also to see the launch of the Moto X+1, the Moto G successor and a headphone of some sort.

The LG G Watch R will be showcased only a few days after that, as that’s when the IFA event is scheduled for.