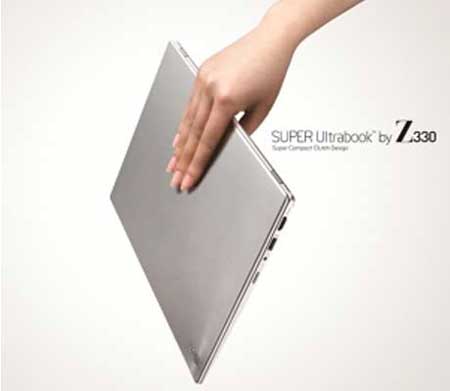 The curtains have officially been lifted off the LG Z330, Z430 Super Ultrabooks and P535, A540 notebooks as well as the V300 AIO PC range which may be seen hitting stores in Q1 of this year. The Z330 Ultrabook in the lineup boasts of a 13.3-inch HD display within a sleek 14.7mm chassis.

The Z330 device houses a second generation Intel Core i7 processor along with a SATA3 SSD and it tips the scale at a mere 1.21kg. Furthermore, it dons a metallic cover complete with gyro-brush line finish for a contemporary look. Folks looking for a slightly larger display will have the option of the Z430 Ultrabook which should arrive embedded with a 14-inch screen.

The company claims that the 14-inch display panel is fitted within a form factor of a 13-inch notebook to give it a sleek body which weighs around 1.50kg. This gadget also houses an Intel Core i7 chip and comes equipped with SSD and HDD to provide storage space of up to 500GB. Just like its counterpart in the company’s Super Ultrabook series, the compact Z430 wears a metallic cover with gyro-brush line coating.

“At this year’s CES, LG will showcase products that are not only new, but also establish categories defining new standards for personal computing devices,” states J.J. Lee, Executive Vice President and Head of LG Electronics IT Business Unit. “Our new products feature a range of breakthrough technologies from LG, such as IPS display, glasses-free 3D and Super Speed Boot, that will noticeably elevate the personal computing experience. These technologies reflect our goal of satisfying various consumer demands, as well as our aggressive strategy for 2012.” 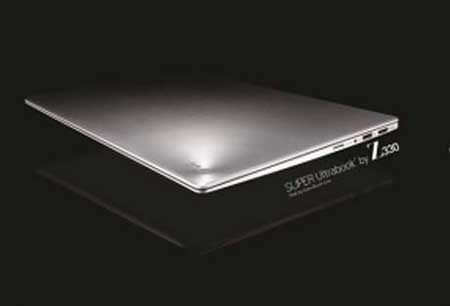 The P535 and A540 notebooks in the range jump to the scene with 3D capabilities in tow. The P535 portable PC takes inspiration from LG’s P-series notebooks to deliver a slick 24.1mm chassis which is embedded with a 15.6-inch super-slim LED backlight display and weighs about 2.2 kg. With the presence of a second generation Intel Core i7 chip and Nvidia GeForce GT 630M graphics card, the system aims to deliver enhanced Cinema 3D capabilities.

For those who take to glasses-free 3D experience, the company has announced the A540 notebook proffering SRS sound effect and the 4.1 channel 3D sound. Besides the 15.6-inch full HD LED backlight 3D display, the gadget fits in an Intel Core i7 chip with quad-core processors. The integration of the Nvidia GT555M graphics card offers enhanced visuals for entertainment buffs. Another interesting feature reads out to be the 3D editing program which facilitates playing around with personal 3D videos and snaps.

In a bid to cater to technology buffs, the company will be seen expanding its range of offerings with the Z330, Z430 Ultrabooks and P535, A540 3D notebooks as well as the LG V300 AIO PC which brings with it Film Patterned Retarder 3D technology. With this, users can view full HD 3D visuals on the 23-inch display. The gadget deploys the IPS display to deliver a viewing angle of 178 degrees, further proffering flexibility to users. Additionally, the onboard triple camera system facilitates multi-touch capabilities.