Rumored LG Z smartphone will go after a flexible touchscreen too

If you haven’t already seen Samsung’s YOUM flexible display technology, here’s a video of it suffering the blows of a hammer only to prove how tough it is. An LG Z smartphone has cropped up in the news and it looks like the company will be racing against Samsung in a bid to be the first in the market with a flexible display handset. Until now, we’d only heard of the Galaxy Note 3 Active with a curved touchscreen, scheduled for a launch this month. 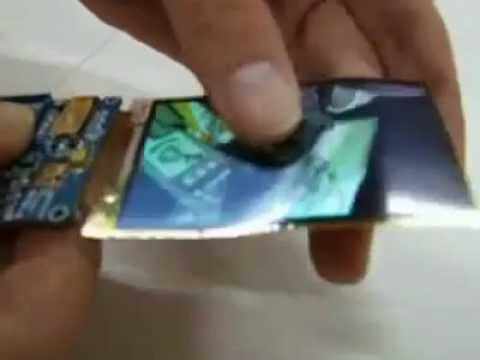 While Samsung and LG may have the display technology to boast about, ever heard of commercially viable flexible batteries? That’s right, the battery and other components hidden under the hood can’t possibly allow for a device which is totally supple yet.

Speaking of bendy phones, whatever happened to the Nokia Kinetic?

So you could have one part bendy phone and one part rigid compartment for inflexible components. On the whole, the apparent durability of such screens is worth leveraging of course.

There are no details on the specifications. But the LG Z has supposedly been confirmed to sport a concave, curved touchscreen. Meaning the display should bend inwards somewhere around the middle. The handset is reported to be in production already. It’s funny that we have yet to see a leaked photo though.

Unwired View who got this tidbit through ZDNet, notes that both South Korean companies will only be able to ship out the devices in limited numbers, because neither may be able to manufacture these flexible displays in huge quantities.