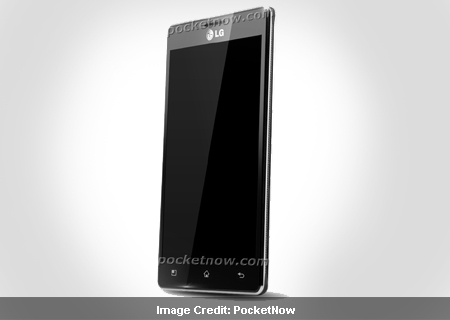 It’s about time manufacturers actually started talking about the smartphone segment featuring quad core offerings, instead of having it flooded with rumors about upcoming devices such as the LG X3. Likely to be the first Nvidia Tegra 3-powered product from the South Korea-based conglomerate, this handset is in a neck-and-neck race with the HTC Edge, otherwise known as the Endeavour and expected to retail as the Supreme.

Flaunting a form factor that’s likely to have a sub-9mm profile, the phone is apparently accompanied by an Nvidia Tegra 3 quad core SOC and a high resolution display that’s said to stretch around 4.7 inches diagonally, with a resolution of 1280 x 720 pixels. Well, these aren’t all; Pocketnow has also highlighted the speculated details of various other components such as a rear facing camera with an 8MP sensor, a 1.3MP lens for video calling or chatting and 3 capacitive buttons.

The report further states that this rumored handset could house a storage capacity of 16GB and it may come with a microSD card slot for memory expansion. Based on LG’s previously unveiled plans for delivering the Ice Cream Sandwich update to existing smartphones during the second and third quarters of 2012, its seems safe to assume that this one may launch with the Android 4.0 OS. The list of other anticipated features goes on with 21Mbps in data speeds over HSPA networks, Wi-Fi 802.11b/g/n standards, Bluetooth 4.0, NFC and a 2000mAh battery to juice up the device.

The LG X3 release date and price details are currently not available. However, next month’s Mobile World Congress seems to hold high possibilities for an official announcement, according to the post.