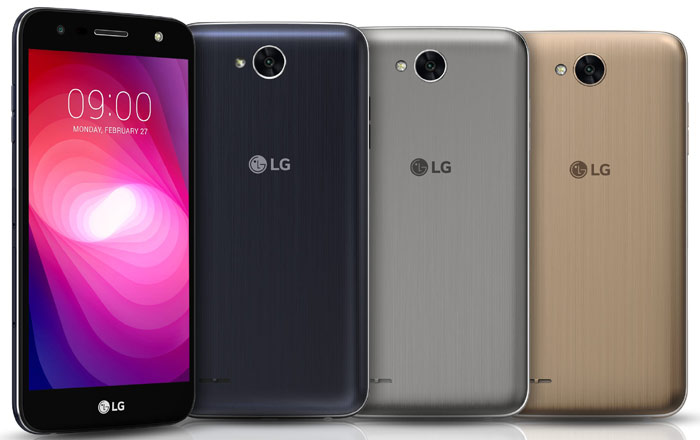 LG has launched the first addition to its X series of phones for the year 2017 in the form of the X power2. The handset doesn’t have a price tag as yet, but will likely be an affordable offering based on its specs.

Each member of LG’s X lineup boasts of a particular premium feature which it excels at. The X power2 concentrates on battery life with the aid of a 4500mAh unit. While it’s not the biggest powerhouse around, the brand claims that users will be able to utilize the device for a full weekend without having to hunt for an outlet.

LG touts that the smartphone can play videos for nearly 15 hours, surf the web for about 18 hours, and provide directions for around 14 hours. It’s also been blessed with high-speed charging technology that is supposed to shoot up the battery to 50% within an hour and 100% within 2 hours.

Other than its powerhouse, the X power2 also boasts of a wide-angle 5MP front-facing camera that can apparently squeeze 8 people into a shot without a selfie stick. There’s also a soft light LED flash module on the front for dark environments. As for its 13MP rear snapper, the lens comes with a Zero Shutter Lag promise to make sure there aren’t any delays when shooting photos.

Specifications of the LG X power2:

The LG X power2 will be shown off at the MWC 2017 before landing in Latin America by March 2017. The phone will then venture to other markets in the US, Europe, and Asia.