Those who crave luxury gadgets will soon have another one to consider in the form of the newly unveiled LG Watch Urbane Luxe variant which has been created in partnership with a retail jewelry company in the US, named REEDS Jewelers. This advanced smartwatch will be made available by the end of October at $1200, which translates to around Rs 79600.

The best part about the LG Watch Urbane Luxe is the fact that it carries a 23-karat gold body. This gold is being touted to be stronger and harder than the 24-karat gold that usually seen in normal jewelry, while it’s also said to be heavier than the 18-karat gold used by traditional luxury watches.

Its alligator leather strap will be accompanied by a deployment clasp mechanism to give it a more classic look. This alligator band has been handcrafted, and has taken 50 separate steps in its creation. Only 500 such devices are being created by LG. 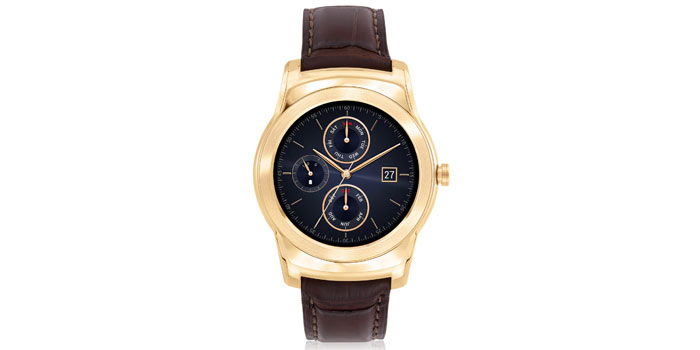 All other features of the limited edition Watch Urbane Luxe will remain same as those of its original version that was released back in March this year. It’s an Android Wear smartwatch which comes with a completely circular 1.3-inch P-OLED display capable of offering its visuals in a resolution of 320 x 320 pixels.

The stainless steel device is powered by the combination of a 1.2GHz quad core processor and 512MB worth of RAM. There’s 4GB worth of storage space present on it as well, apart from 9-axis and PPG sensors. 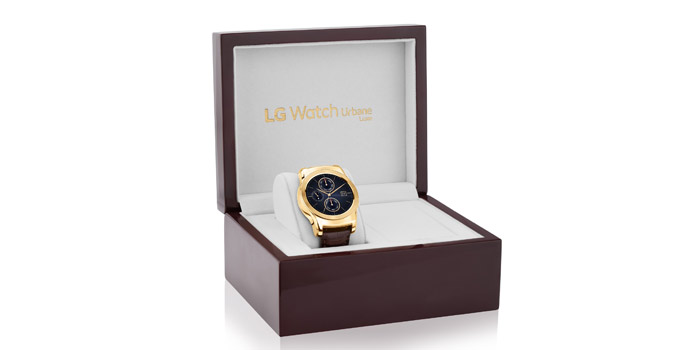 The limited edition LG Watch Urbane Luxe is destined to only make its way into the US initially. It can be pre-ordered now on the REEDS website.