Google and LG’s pair of Android Wear 2.0 smartwatches have gotten leaked in two separate instances, revealing key information about the look and price of the wearables. The duo is expected to come out at an event on February 9.

As per speculation so far, Google’s offerings are going to be called the LG Watch Style and Watch Sport. Images of the former were posted to Twitter by prominent leakster Evan Blass. It depicts the device in rose gold and silver colors. It pretty much falls in line with what’s been said about the gadget in the past, including a digital crown to help with navigation.

The Apple Watch notably has a similar button and rose gold option. Android Police reports that the smartwatch is going to set buyers back by $249 (roughly Rs 17000) onwards. There’s no telling on what basis the cost could increase. The figure may depend on shade, material of the band, or features.

The LG Watch Style could ship with specs like a 1.2-inch 360 x 360p screen, IP67 certification, a 240mAh battery, 4GB of ROM, and 512MB of RAM. The wearable is predicted to be the lower-specced counterpart to the Watch Sport. Based on this assumption, the latter will probably be more expensive than the former. 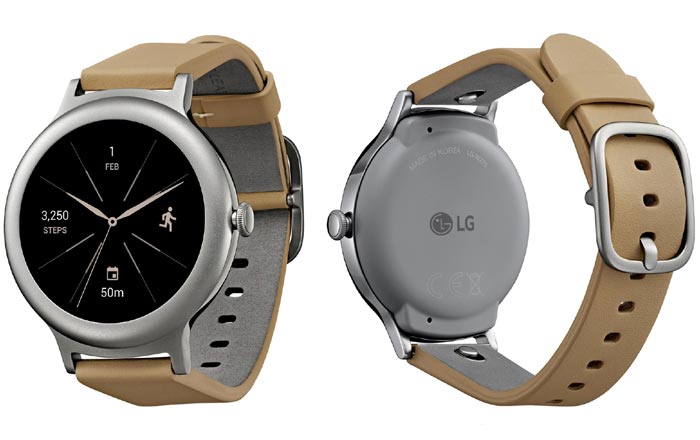 Key advantages of the Watch Sport include 3G and LTE connectivity, a 430mAh battery, a heart-rate sensor, 768MB of RAM, 4GB of ROM, GPS support, IP68 certification, a larger 1.38-inch 480 x 480p display, and NFC capabilities for Android Pay. All this may well result in a $100 rise, but there’s no way to know for sure until February 9.