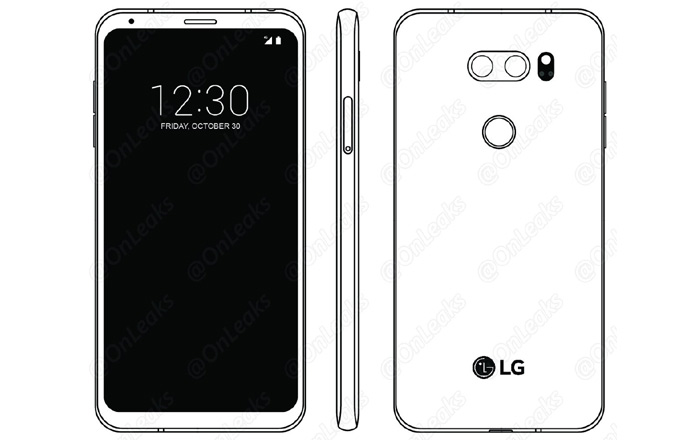 LG might be replacing its signature second screen with a ‘floating bar’ in its upcoming V30 flagship phone. The former was a standout fixture on the V10 and V20, allowing users to quickly view notifications and apps within a small strip placed on top of the main screen.

An internal source has now told Android Authority that the V30 will no longer carry on this tradition, instead favoring a ‘floating bar.’ Unfortunately, the insider couldn’t say for sure what exactly it was, but it sounds like a virtual alternative to the second screen that comes and goes when its needed.

The source also claims that the LG V30 is set to be the first smartphone ever to boast of an aperture of f/1.6, with f/1.7 being the current record. The wider aperture will probably let in more light, leading to better low-light photography. It may also come with a Crystal Clear Glass Lens and enhanced transmittance.

LG may further be looking to up its music credentials with an all-round upgraded audio experience that includes a collaboration with B&O. The company also has some official news to share, issuing a press release to confirm that the handset will be outfitted with a 6-inch P-OLED (plastic OLED) QHD+ FullVision screen.

The V30 will mark a return to OLED for the South Korean brand, with its last OLED smartphone being the 2015-era G Flex 2. The company says the panel is ideal for VR apps and supports HDR10. It’s trying to reassure people worried about the huge display size by claiming that the actual body will be smaller than the V20.

This is apparently possible because the upper and lower bezels have been cut down by 20% and 50%, respectively, as compared to the V20. Plus, the LG logo has been relocated to the rear. Both these factors combined have supposedly resulted in a larger 6-inch screen ensconced within a smaller body.

The LG V30 is set to be announced on August 31, a day before the IFA 2017 kicks off. It’ll be arriving a few days after the Samsung Galaxy Note 8 and a few weeks before the iPhone 8, a tricky position to be in.