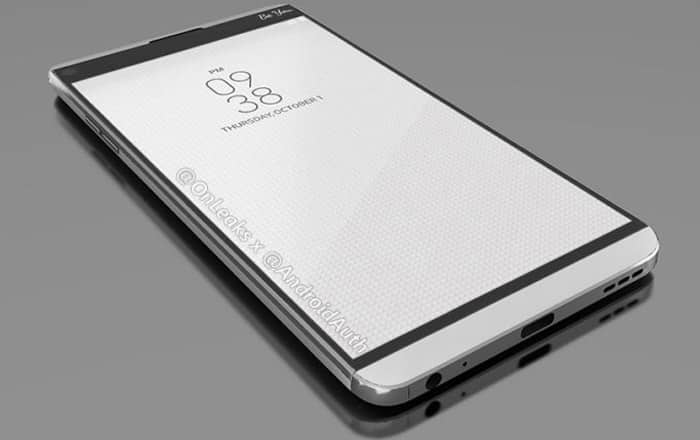 The highly anticipated LG V20 has remained under a shroud of mystery ever since it was officially announced earlier this month. So far, the brand has confirmed that the phone will be the first to run Android 7.0 Nougat and come out on September 6.

This status quo has now been shattered thanks to a new crop of alleged images of the LG V20. These renders are the result of a collaboration between serial leakster OnLeaks and Android Authority. Going by the photos, the upcoming smartphone is going for a G5-esque modular approach.

The evidence for this can be seen in the picture below. A button on the right side of the handset appears to be a module release unit, just like the LG G5. Furthering this theory is the presence of a bottom lip which may well be removable. To recall, the company’s flagship device features a removable base to swap out its battery or attach an accessory. 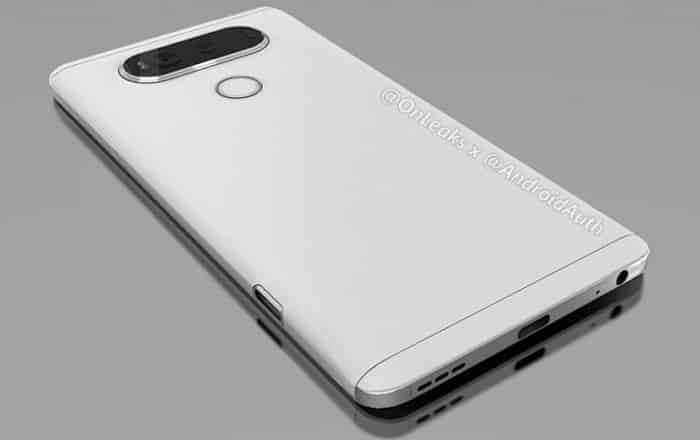 Based on the snaps, the LG smartphone is set to carry a fairly large distinctive camera hump on its back. According to a source, the handset itself may measure 7.7mm in terms of width, while the camera portion of the rear surface could measure 8.8mm at its thickest point.

Furthermore, it appears the company has decided to get rid of the dual-camera setup which adorned the front panel of the V10. Instead, the V20 sports twin lenses on its back. The latter setup strongly resembles the one on the G5, adding yet another component borrowed from the modular phone.

It looks like the LG V20 will keep the narrow secondary display which set its predecessor apart when it was launched last year. As for specs, rumors point towards either a Snapdragon 820 or 821 processor, Quad HD 5.6/5.7-inch screen, 4GB of RAM, and USB Type-C connectivity.