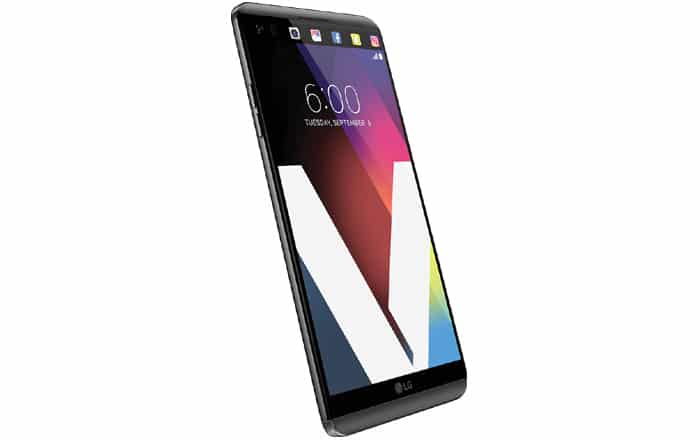 LG’s all set to launch its flagship V20 in India on December 5 at an event in New Delhi. The news comes just a few days after a Mumbai-based retailer claimed that the handset was up for sale.

To recap, Mahesh Telecom had recently tweeted that it was vending the LG V20 at a best buy price of Rs 54999. The handset’s MRP is apparently fixed at Rs 60000. The seller later posted hands-on images of the phone and its retail box which indicate that the cost is accurate.

Moreover, the outlet asserts that the LG phone has been bundled with a pair of B&O headsets, a free back cover, and a screen replacement offer valid for 6 months. It’s also touting an exchange scheme worth up to Rs 32000 for a 128GB iPhone 6S Plus.

With a Rs 60000 cost, the V20 will be going directly up against the 32GB iPhone 7. The former has a lot going for it such as the fact that it’s the first non-Nexus device to run Android 7.0 Nougat. The smartphone further comes with the brand’s unique second screen, now enhanced with bigger fonts and double the brightness.

Take a look at the specifications of the LG V20:

An earlier report a few months ago had pegged a Rs 49990 rate for the LG V20. We’ll let you know what the official cost is come December 5.