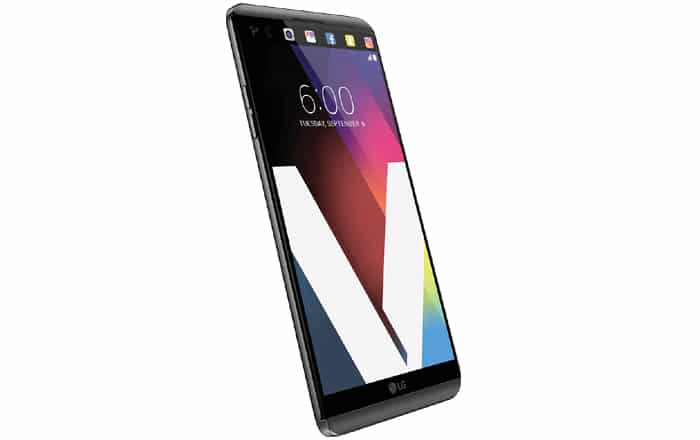 A new report claims the LG V20 is coming to India soon and will be priced at Rs 49990 in the country. The handset made its international debut back in September this year.

The exact launch date of the LG V20 hasn’t been specified. Gadgets 360 claims the handset’s arrival is imminent. The phone was notably the first non-Nexus and non-Pixel smartphone in the world to run Android 7.0 Nougat right out of the gate.

The V20 continues the series’ signature second screen feature, this time with 50% bigger font, double the brightness, and a special button to enlarge alerts so that notifications are legible. Audio has also been given a special priority, equipped as it is with a 32-bit Hi-Fi Quad DAC, an HD Audio Recorder, and B&O PLAY enhanced sound.

Also Read: LG to ditch the G5’s modular design for next flagship G6

Another notable highlight of the LG offering is its dual camera setup consisting of a 16MP and 8MP shooters. The former has a 75-degree lens and the latter a 135-degree wide-angle one. The company is placing a heavy emphasis on its media recording capabilities, promising shake-free videos courtesy Steady Record 2.0 and accurate sound thanks to Hi-Fi Video Recording.

Here’s a neat overview of the specifications of the LG V20:

We’ll keep you updated the moment the LG V20 hits India in the coming days.