The LG G Pad is something that is currently just one 8.3-inch tablet, but its maker has seen enough potential in it to develop three more offerings under the brand. Fresh slates sized at 7, 8 and 10.1 inches have been revealed by the South Korean giant, ready to be displayed at the MedPI 2014 technology trade show in Europe from tomorrow onwards.

And that’s when we’ll also be able to find out the specification of these devices, as LG has chosen to stay tight-lipped about them for now. What it has indeed disclosed is that a range of premium software features will form part of these tablets’ offerings. 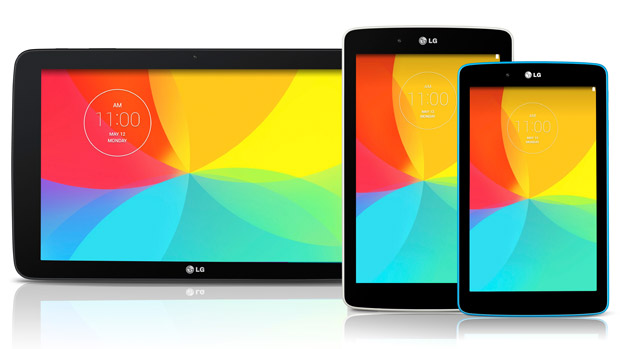 These include QPair 2.0 which lets users connect their Android smartphones to the G Pad via Bluetooth so as to receive notifications of calls and messages and even respond to them directly through their slabs. And then there’s the much talked about security feature called Knock Code which allows you to unlock your devices using a unique pattern consisting of a few taps on the screen.

The main issue of pricing and availability of the refreshed LG G Pad range will only be cleared up at tomorrow’s MedPI 2014 event, so stay tuned if you’re interested.

In the meantime, take a look at the specs of the 8.3-inch model of the LG G Pad: