We’re hearing about more and more official features of the LG G4 day after day, with details about its user interface to be called UX 4.0 being the latest among them. The new user experience has been confirmed to be a part of the upcoming device, and is being touted to boast of more ‘human-centric’ features than before.

LG had first given Android a major UX overhaul back in 2012, with the Optimus G smartphone which brought with it the much loved Quick Memo and QSlide functions. Following that, each new flagship until now has heralded the launch of fresh user experience additions like KnockON, KnockCode, Gesture Shot, Touch & Shoot and more. 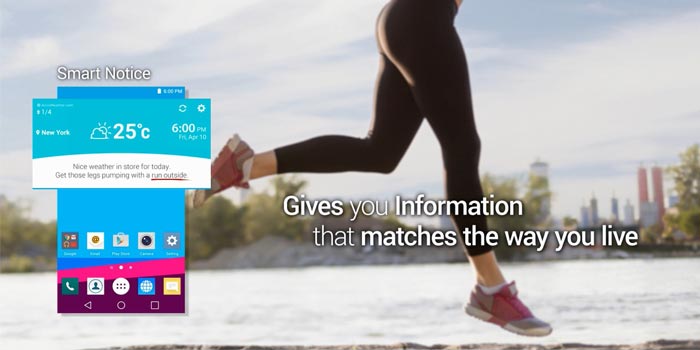 And with the LG G4 too, additional utilities will be added by the South Korean giant. Its Android Lollipop-based UX 4.0 will come with a new Quick Shot functionality which lets you click pictures in a breeze by just double-tapping the phone’s rear key even while the display is turned off.

Another new addition is Smart Bulletin which acts as a hub for information related to various apps. LG’s UX 4.0 will even ship with a Manual mode for the phone’s camera. While regular photographers will still have their beloved Auto mode, professionals can make use of the Manual mode to fine-tune their images and videos.

There will be an improved calendar featuring more choices that will come in the form of the ability to select and organize individual events posted in social media accounts. And lastly, there’s an improved Smart Notice trait that will provide you with personalized notifications for weather, travel and more by analyzing your daily routine.

The official launch of the LG G4 is not too far away now; so stay tuned until April 28 when we’ll be bringing you all the important details about this smartphone.