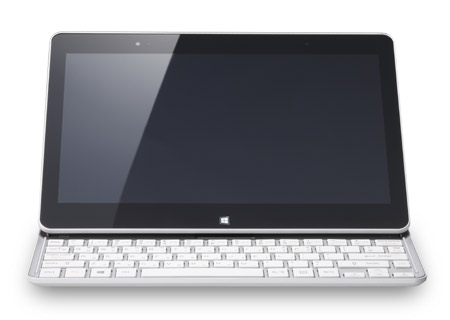 The Tab-Book Z160 by LG was shown off back at the CES 2013 expo and now the South Korean conglomerate is all geared up to make the device commercially available for a supposed price of $1,598.90. The said amount is based on an eBay listing which claims to have the hybrid ready for shipment. And while this information hasn’t been officially provided by the company, what we know for sure is that the slate is expected to hit retail stores in Korea by the end of this week.

The device isn’t the first of its kind from the manufacturer to join the hybrid gang with a convertible form factor. Its H160-GV3WK variant has already gone up for sale in the US, while the one being spoken of is an updated version that packs in 4G LTE connectivity in addition to Wi-Fi. What’s worth mentioning is that the listing doesn’t make any mention of the said cellular support. The form factor adopted here isn’t fairly new as we’ve already seen a similar design language being adopted by other devices. 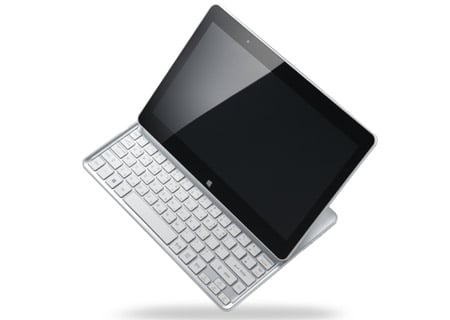 For instance, the MSI Slidebook and the Sony Vaio Duo 11 have a slide-out keyboard. But the company has an ace up its sleeves. It’s called Auto-Sliding, a hardware button which automatically reveals the QWERTY keypad from beneath the display, sans the need for manually moving the screen back and forth. The panel employed here measures 11.6 inches wide and features IPS technology that proffers a wide viewing angle of 178 degrees.

Coming to the innards, an Intel Core i5 processor, a third generation dual core 3337U Ivy Bridge CPU according to the eBay listing, powers up the slate with the Windows 8 platform running the show. Other components haven’t been officially revealed as yet, although the seller points out that the device should come bundled with 4GB of DDR3 RAM, a 128GB SSD, Wi-Fi b/g/n, Bluetooth 4.0, HDMI and USB 3.0 amongst others. Lastly, the built-in battery is likely to be capable of delivering approximately 6.4 hours of activity on a single charge. 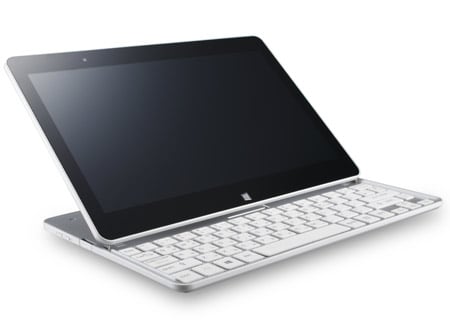 The Tab-Book Z160 will be showcased at the upcoming MWC 2013 expo next week and additional details pertaining to its release date in other locations around the globe are expected to surface in the future. In Korea, the hybrid is expected to retail for KRW 1,400,000 which includes VAT, while its H160-GV3WK version is on sale in the US for around $1,337.