LG starts rolling out Android Lollipop for its G3 flagship

Motorola quietly started to seed Android 5.0 Lollipop to testers on its new flagship, but it looks like LG’s G3 might end up as the first smartphone to get the full update, after the Nexus and Android One devices of course. The South Korean company has announced that the new firmware will be available this week itself.

And this more or less confirms that Google will start to deliver Android 5.0 Lollipop to its Nexus devices and even the Android One phones on November 12. Previous rumors have already suggested that LG was planning to bring the new OS to its flagship this year itself. 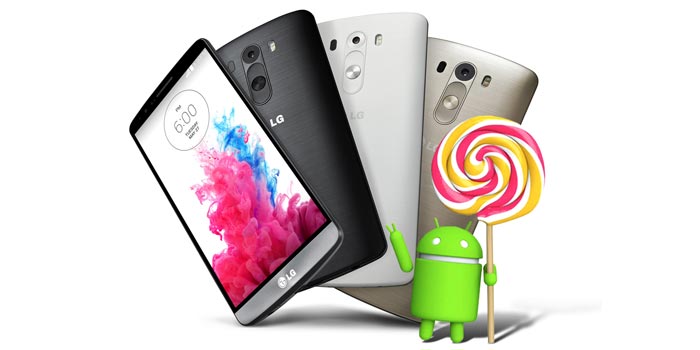 Well, we were mostly expecting the update to arrive in December and it’s quite surprising that the OEM has managed to bring the new OS to its flagship so quickly, considering its record of slow software upgrades in the past. This totally beats HTC’s and OnePlus’ 90-day upgrade guarantee. Additionally, Samsung is expected to update its Galaxy S5 by the end of this month or early December.

Also read: The first smartphone to get Android Lollipop isn’t a Nexus, but Motorola’s 2014 Moto X

The new firmware tags along all of the latest features introduced by Google and even LG’s own enhancements. The company hasn’t revealed much about what it has included with the OS, but notes that the UI design will have more depth, shadows and animations. Also, there will be a new security feature that allows users to unlock the smartphone when placed near a pre-registered Bluetooth device like the company’s smartwatches.

LG notes that the Android 5.0 Lollipop update for the G3 will start to roll out first in Poland followed by other key markets in the near future. An upgrade schedule for other devices will also be provided at a later date.