LG is in no mood to place its old Optimus models on the archive shelves, even as the company has announced that it will be delivering an Android KitKat update to these phones soon. This means most of the improvements to the user interface which we have seen on the newly launched G3 will find their way into these handsets as well.

The Optimus G which was launched way back in November 2012 with Android Ice Cream Sandwich onboard has been announced to have entered the list of eligible devices for this update schedule. The 4.4 version of Google’s operating system will be delivered to it by the end of August. 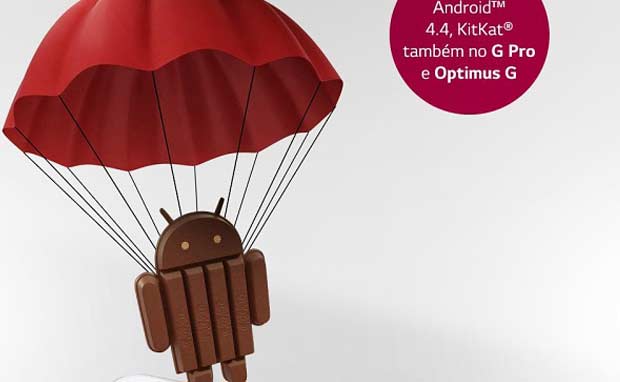 Prior to that, it will be the LG Optimus G Pro which will bask in the KitKat glory. It will be granted the new update as early as in July. Released in May last year, this smartphone has already received its KitKat update in the US thorough AT&T which is its sole seller in the country.

News about the Android 4.4 update having been slated to hit older LG Optimus models was spotted on the company’s Brazilian Facebook page by GSM Arena. The site has learnt that certain other devices like the Optimus L7 II and dual SIM Optimus G Pro Lite from the company will also be granted the software by the end of this year.

The fact that these old LG Optimus models will get the UI benefits now being seen on the G3 is alone a fact worth celebrating for their owners. However, hardware limitations are bound to force the company to keep out some of the crucial features of the said interface.