LG’s G Pad 8.3 was a hit when it launched last year and the company could be working on a successor as well as a larger model under the V400 and V700 model numbers, respectively. The two devices have been spotted at the FCC where they’ve received approval, but not much information has been spilled out.

PhoneArena points out that both V700 and V400 tablets have dual-band Wi-Fi and Bluetooth connectivity, but there’s no word on whether they will have cellular support. While there’s nothing on the display size either, the FCC documents highlight that the V700 will be marketed as a landscape device, suggesting that it falls in the large screen category (10.1-inch or 12.2-inch). The LG V400, on the other hand, looks to be around the same size as the G Pad 8.3 (probably a successor). 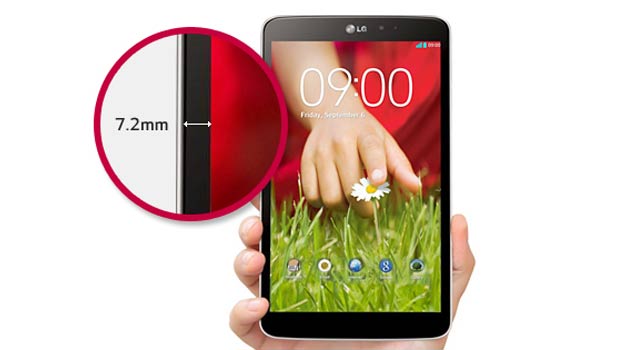 Apart from both slates having rear cameras, the FCC hasn’t provided any other details about the LG V700 and V400. The LG G Pad 8.3 carries the model number V500 and it earned a lot of popularity as well as a spot as a Google Play Edition device. The slate features an 8.3-inch 1080p IPS display that’s wrapped in a brushed metal form factor which resembles the company’s current G2 flagship to a certain extent.

LG is also working on multiple other devices including a smartwatch for Google and the G3 flagship as well as its mini version.