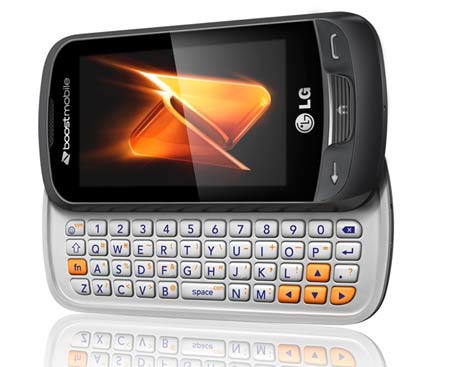 Asserting its eco-friendly abilities, the LG Rumor Reflex is all set to debut through Sprint and Boost Mobile. Launched as a part of the Rumor series, this phone succeeds the Rumor Touch which was released last year.

The Reflex is equipped with a 3-inch WQVGA touchscreen which displays visuals in a resolution of 240 x 400p as well as a slide-out full QWERTY keypad. These should appeal to texting buffs who like the feel of actual keys when typing as well as a touchscreen while navigating through the device. The flip side is dotted by a 2MP camera which can not only click images, but record videos as well. Embedded with a 1000mAh battery, the gadget is expected to survive a talk time of up to 5.3 hours.

“Sprint believes it is important to keep evolving our handset portfolio with not only iconic devices but also with quick-messaging phones for customers looking for easy communications,” commented David Owens, vice president – Product Development, Sprint. “The availability of LG Rumor Reflex for both Sprint and Boost Mobile customers showcases our consumer choice through our multi-brand strategy. Customers appreciate the ability to select a great phone and choose between a contract or no-contract option.” 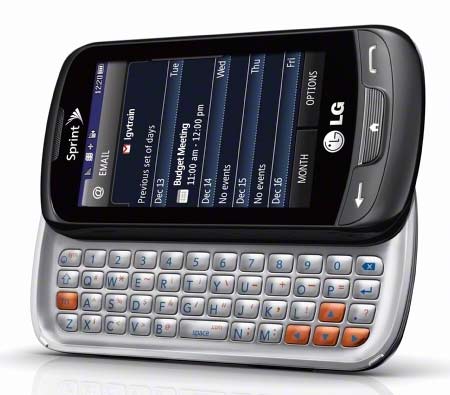 The LG Rumor Reflex also boasts of several environment-friendly attributes in terms of its physical composition. The battery charger is said to qualify for 5-star energy efficient rating as it draws very less power after the handset is completely charged and still plugged in. In addition to this, the device is Carbon-Free ratified and sports an outer construct which is partially built from post-consumer recycled materials.

The Sprint LG Rumor Reflex price is revealed to be $29.99 with a $50 mail-in rebate and a new two-year agreement. It will hit stores on March 11. On the other hand, the Boost Mobile variant is all set to release on March 29 with a price tag of $79.99, exclusive of taxes.