The LG Optimus Zone 2 is apparently in the works and if the leaked image of the smartphone is anything to go by, then the device is definitely arriving in the US via Verizon Wireless. As is pretty clear from its name, this smartphone plays successor to the Optimus Zone which was released back in June last year along with the Exceed.

An official announcement regarding the device has not been made, but an image of the phone complete with the Verizon logo has shown up on the web, courtesy of @evleaks. This Twitter handle has refrained from revealing anything about the features of the Optimus Zone 2, however, it has disclosed that the phone will be made available on the big red carrier’s prepaid network.

The rumored handset seems to have adopted the new design philosophy of the South Korean company and shows off rounded edges, unlike its predecessor that has a rectangular frame. Also, it appears to be a budget-friendly device and should fall in the affordable category. What is pretty clear from the picture is that it runs the Android platform and has been loaded with a number of Google mobile services including the Play store, Gmail, Google+, Chrome, Google Maps and more. 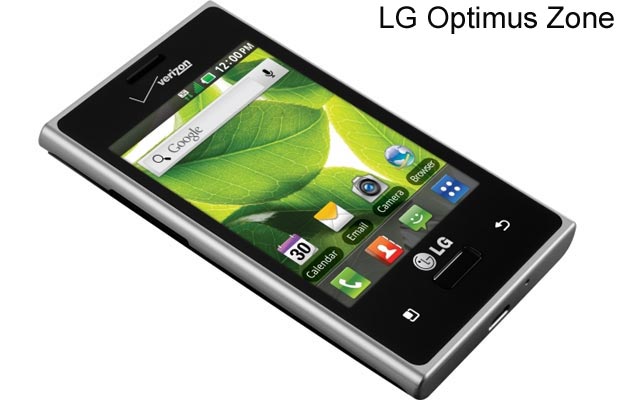 The LG Optimus Zone 2 smartphone’s price and availability are under wraps as of now.

Here’s a list of the key specifications of the Optimus Zone: